9/11 Ten Years On - The Health Effects On Rescue Workers

By Christian Nordqvist on September 7, 2011

A decade on, 9/11 rescue workers and WTC exposed civilians have been found to have a higher burden of mental and physical illness, a 19% higher risk of developing cancer, but lower death rates than the general population in New York City, experts have revealed.

The September 11 attacks, also known as the 9/11 attacks or simply 9/11 occurred on Tuesday, September 11, 2001. Four suicide attacks were carried out against the USA:

The attacks resulted in the deaths of almost 3,000 people. This article looks at the current health conditions today of individuals who were exposed to the attacks – including civilians and rescue workers. 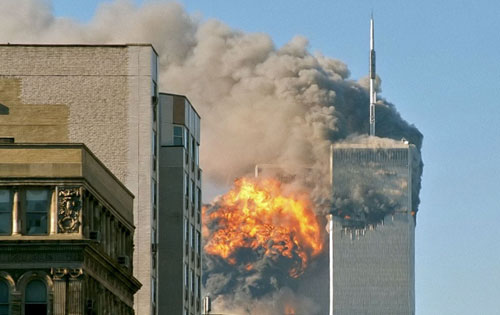 A study published in The Lancet reported that male firefighters who were exposed to the WTC attack have a higher risk today of developing cancer than their non-exposed peers, as well as the general population of New York city.

Dr. Prezant, Chief Medical Officer of the Fire Department of New York (FDNY) and team from Albert Einstein College of Medicine, Montefiore Medical Center, and also FDNY, carried out a study including 9,853 firefighters – they all had health records which dated back to a long time before 9/11. 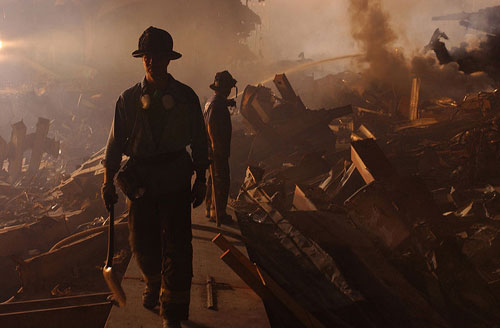 Cancer rates among firefighters who were exposed to the WTC attack were compared to those who were not exposed.

Firefighters tend to have healthier lifestyles than the general population, they smoke less and are physically fitter.

“An association between WTC exposure and cancer is biologically plausible, because some contaminants in the WTC dust, such as polycyclic aromatic hydrocarbons, polychlorinated biphenyls, and dioxins, are known carcinogens. Although some contaminants could cause cancer directly, WTC exposure could also trigger chronic inflammation, through microbial infections, autoimmune diseases, or other inflammatory disorders, all of which have been reported as factors in oncogenesis, both experimentally and epidemiologically.

We believe the observed relative excess in cancer cases in WTC-exposed firefighters was unlikely to be the result of non-WTC firefighting exposures, because since 9/11, structural fires have decreased, personal protective equipment has improved, self-contained breathing equipment use has increased, and smoking rates in firefighters have declined.

(conclusion) Our findings support continued monitoring of firefighters and other WTC-exposed cohorts to fully assess cancer risk related to these unique exposures.”

Another study published in The Lancet reported that WTC-exposed civilians and rescue workers have so far had lower overall death rates compared to the general population in NY city.

Dr Hannah Jordan, Dr Steven Stellman, and colleagues at the World Trade Center Health Registry, New York City Department of Health and Mental Hygiene, gathered data on deaths that occurred from 2003 to 2009 from the WTC Health Registry. They categorized the study participants as:

Among 13,337 RRWs they identified 156 deaths, and among 28,593 NRNRs there were 634 deaths. All 41,930 participants were found to have a 43% lower risk of death compared to the NY city’s general population, this was after making adjustments for calendar year, race, sex and age. 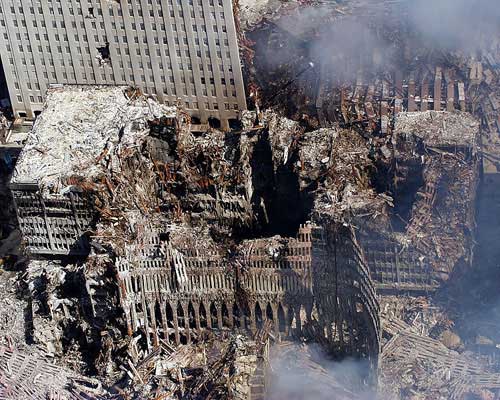 Among the RRWs, more exposure was not linked to greater all-cause mortality. Among the NRNRs however, those with higher exposure were found to have a higher risk of death than those with lower exposure. The authors wrote:

“Because most illnesses that are established or possible sequelae of WTC-related exposures have long latency or long median survival periods, the absence of a relation between reported dust-cloud exposure by itself and mortality risk in our study is not surprising.”

The authors put forward two reasons for lower mortality among the exposed individuals:

These effects of being a healthy volunteer and/or healthy worker will gradually diminish, the authors wrote. Later studies will be able to determine whether the death rates will change over time.

The most common health conditions linked to 9/11 exposure have so far been respiratory and mental illnesses. Experts say those who were exposed may be at risk of dying early as a result of an ongoing or new respiratory disease. They add that complications related to mental disorders, such as substance abuse and risk taking behaviors may also raise the risk of premature death.

Only now can evaluations start on the possible cancer risk caused by exposure to 9/11. The authors wrote:

“However, only now has sufficient time passed since the WTC disaster to begin the complex scientific process of determining whether or not cancer may be linked to WTC exposure. Most cancers have many different risk factors and can take decades to develop. As an exception, some blood cancers can develop a few years after exposure.”

“Among World Trade Center Health Registry participants residing in New York City, overall death rates in 2003-09 were not higher than expected when compared to the general New York City population.

According to official figures, over 50,000 recovery and rescue workers helped out after the WTC attacks. There is data on 27,449 of them, which shows that they still suffer a high burden of mental and physical illness, Dr Juan P Wisnivesky, Mount Sinai School of Medicine, New York, and colleagues reported in an article published in The Lancet. 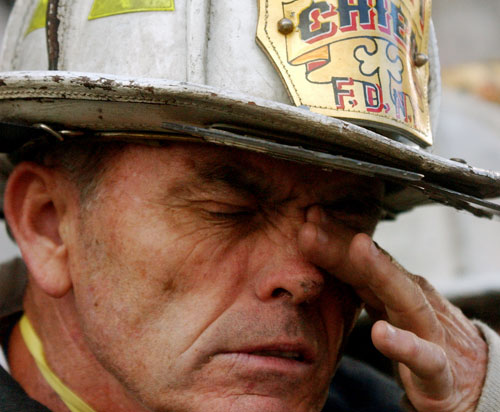 They divided the workers into four categories, which were based on exposure levels (days at the WTC site, work in the pile of debris, and exposure to dust cloud):

Their average age on the day of the attacks was 38 years.

Below is the cumulative incidence of some medical conditions over a nine-year period:

“Inhalation of toxic, highly alkaline dust (pH=10-11) is the probable cause of upper and lower respiratory injury in rescue and recovery workers.”

Just among police officers, below are the cumulative incidences of some mental conditions over the nine-year period:

“Previous studies have shown that New York City police officers were at lower risk than some responders for developing mental health disorders after the WTC attacks. Possible reasons for these findings include training, previous experience in dealing with similar stressors, self-selection of individuals with high resilience during recruitment into the workforce, and possible under-reporting of psychological symptoms because of perceived job-related repercussions.”

Those with the greatest WTC exposure had the highest incidence of most disorders. 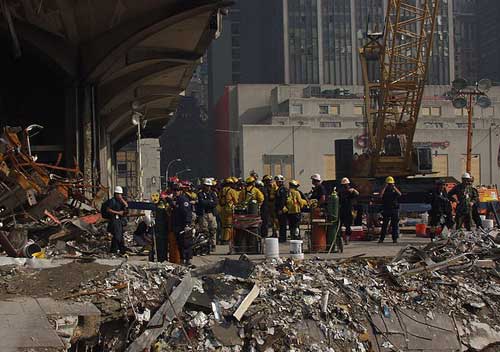 Many exposed workers were diagnosed with both a physical and mental disorder, as shown below:

(conclusion) Fortunately, our knowledge of these effects is rapidly improving, and studies such as that reported by Wisnivesky and colleagues represent important steps forward. One cannot help but wonder what will be reported when we mark the 20th anniversary of this tragedy. For now, the view ahead is still murky, much like the plumes of acrid smoke that rose in New York City a decade ago. “

FEEDBACK:
By Christian Nordqvist on September 7, 2011