Spirometry: What to expect

A spirometry is a pulmonary function test that measures how much air a person breathes out, and how quickly.

Pulmonary function tests measure how well the lungs are working.

It is an office-based diagnostic test that is short, simple, and commonly used. 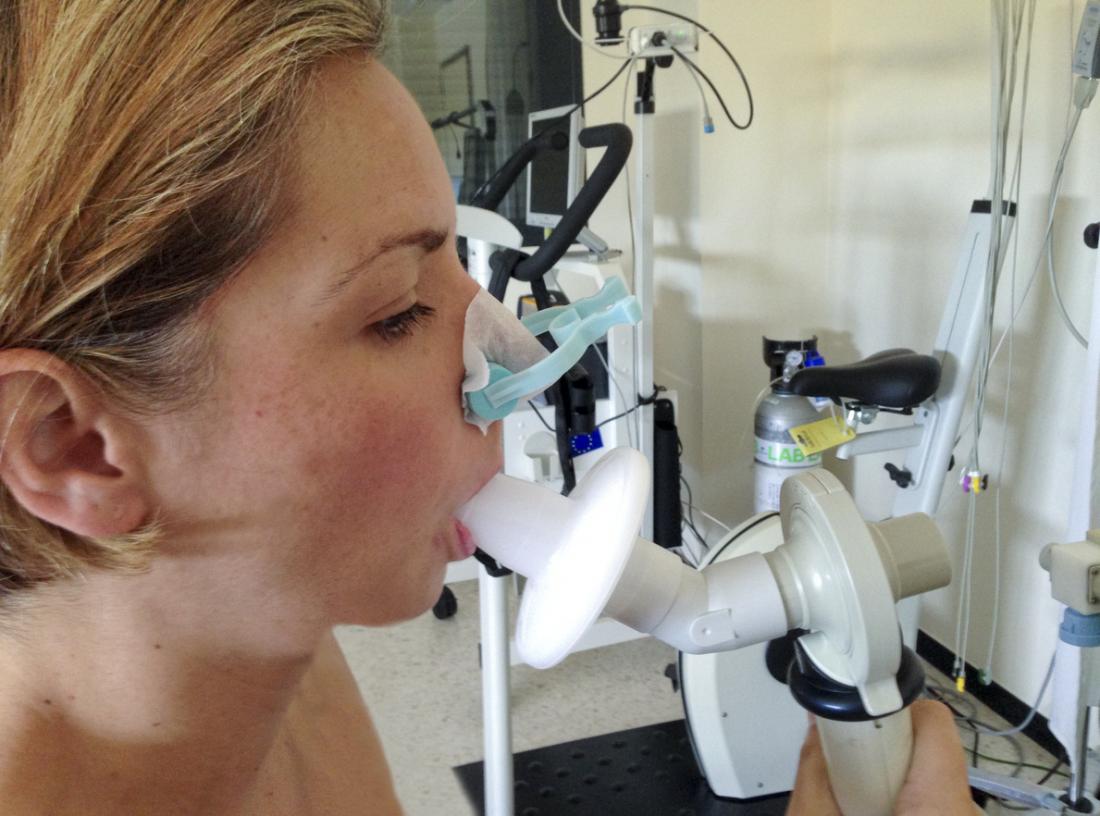 A spirometry test may be used to diagnose COPD, cystic fibrosis, and asthma.

A nurse or doctor will use a spirometry to diagnose a number of lung conditions, including:

A doctor will use the spirometry to monitor a person’s progress as part of treatment for a chronic lung condition. It can help to determine the impact of any medications, including how they are controlling the condition.

Previous or current smokers should be tested, as well as people more than 40 years of age. Those exposed to lung-harming substances in their workplace, such as fumes, should consider checking their pulmonary health this way as well.

The spirometry test is a simple diagnostic test carried out using a spirometer. A person will breathe into the tube attached to the spirometer, which records the results.

The doctor will ask a person about any breathing medications they may be taking, including bronchodilators. Bronchodilators help to relax the airways, widening them and making breathing easier. A person may be asked to stop taking these before the test so that their effect on breathing can be tested.

A doctor may suggest a person wears loose clothing and does not eat a large meal before the test in order to help their breathing.

Those taking the test should also avoid:

The following steps take place during the procedure:

The test is usually repeated at least three times to ensure a consistent and accurate result. The highest value from the three tests is normally used as the final result. The appointment may take 30-90 minutes.

It may not be possible for the doctor to give immediate feedback as a lung specialist, or pulmonologist, will need to provide an interpretation of results. 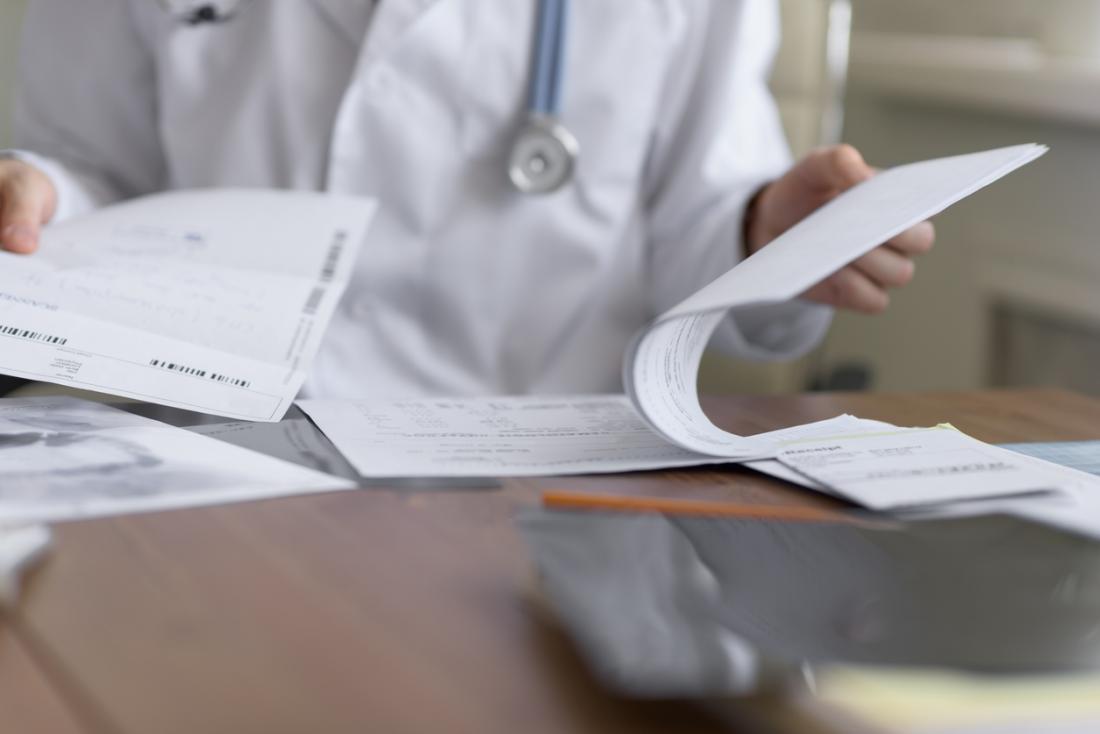 The spirometry test results will help the doctor to determine the next steps of treatment.

Spirometry gauges airflow over time. The results produce two values that are beneficial when assessing and monitoring people with impaired lung function:

The FEV1 is then divided by the FVC to give the proportion of air in a person’s lungs that can be expelled in one second.

This information can help a doctor determine the next steps of treatment. Normal spirometry testing results vary from person to person. Average results depend on a variety of factors, including age, height, sex, and race.

Test results are generally compared with the average within the various groups based on data from the Third National Health and Nutrition Survey (NHANES III).

An obstructive airways disease is where narrowing of the airways affects a person’s ability to breathe out quickly, but they are still able to hold a normal amount of air in their lungs. This is common with people with asthma and COPD.

With a restrictive lung disease, the air intake is reduced because the lungs are unable to expand fully, such as in pulmonary fibrosis.

According to data from NHANES III, a person is said to have an obstructive defect if their FEV1/FVC ratio is less than 70 percent in adults, or less that 85 percent in children, aged 5-18. This would place someone’s results below the fifth percentile.

A restrictive pattern in adults is demonstrated by an FVC result below the fifth percentile based on NHANES III data. In young people aged 5-18 years, a result lower than 80 percent indicates a restrictive condition in the lungs.

If a person is found to demonstrate a restrictive pattern, a full range of pulmonary function tests should be done. These would take place to confirm a restrictive lung disease, and what form of it the person has. 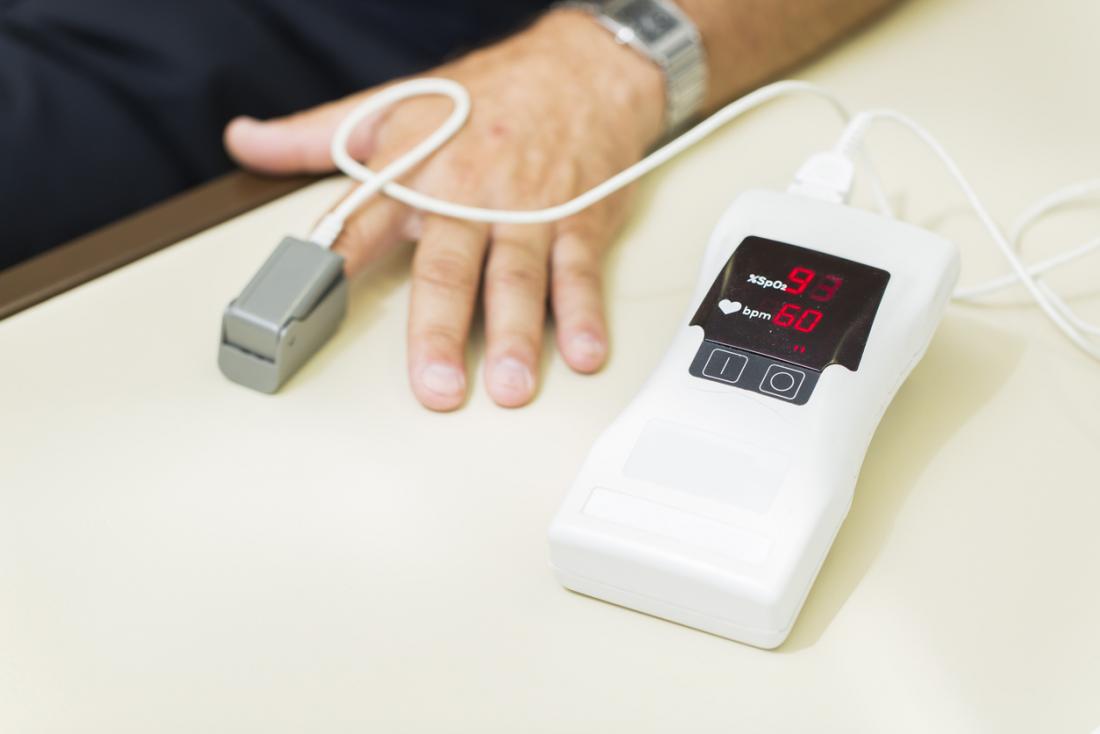 The oxygen levels in the blood may be tested using a pulse oximetry test.

Spirometry is the simplest and most widely used pulmonary function test, but other tests may be needed to make a final diagnosis.

Lung volume tests are the most accurate measurement of lung capacity. They measure the total lung volume and are done with the person sitting in a small, sealed room with clear walls, where changes in pressure inside enable lung volume to be determined.

Lung diffusion capacity determines how well oxygen gets into the blood from inhaled air, using a gas mixture that contains 0.3 percent carbon monoxide (CO). The amount of CO left in the exhaled air demonstrates how well the person can absorb gas.

The breathing done in this test is less intense than in a spirometry test, but it can take longer. Blood may also be tested to find the level of hemoglobin it contains. Hemoglobin affects oxygen absorption.

Pulse oximetry provides an estimate of oxygen levels in the blood by putting a probe on the skin’s surface.

Arterial blood gas tests measure the levels of a number of gases in the blood, such as oxygen and carbon dioxide.

may be used to assess lung function in infants and children, as well as those who are unable to perform spirometry and lung tests.

Chest X-rays and chest CT scans may also be used to see inside the lungs and diagnose certain conditions.