Everything you need to know about sulfur burps

Sulfur burps are burps that are followed by a foul rotten egg smell caused by hydrogen sulfide gas.

A burp is a way for the digestive system to release excess gas. This gas is usually air that enters through the mouth or is a byproduct of bacteria breaking down food.

Eating or drinking too quickly can cause gas to enter through the mouth. Other causes may be habits, such as gum chewing or smoking. Drinking carbonated beverages is another way gas is taken into the stomach and then burped back out. 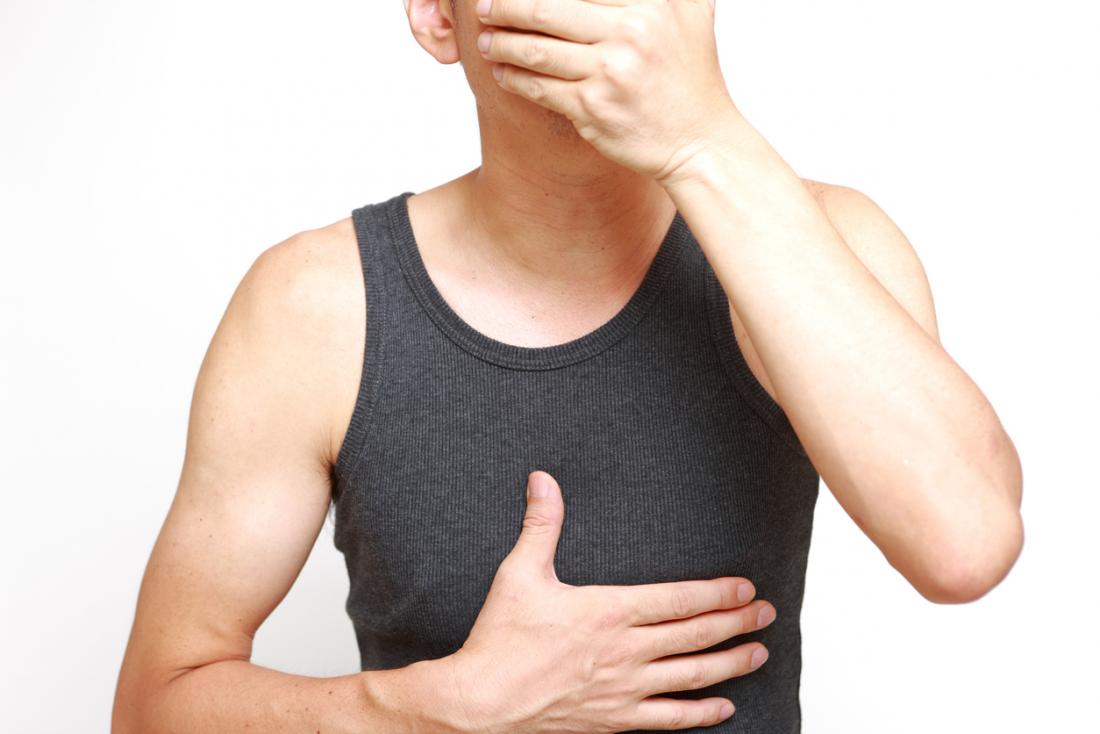 A sulfur burp will be accompanied by a foul rotten egg smell.

Most burps smell like the food that caused them or the current contents of the stomach.

A sulfur burp is simply a burp accompanied by a foul rotten egg smell. This smell is that of hydrogen sulfide (H2S) gas.

Sulfur burps are typically caused by one of the following:

A few different bacteria that can lead to sulfur burps may also affect the digestive system.

Infection in the upper gastrointestinal tract caused by the H. pylori bacterium can cause problems, including bloating, heartburn, and sulfur burps.

Other issues can cause or be associated with sulfur burps. These include:

As well as having any underlying digestive issues diagnosed, there are many dietary changes a person can make to help reduce or eliminate the unwanted gas that causes sulfur burps.

Green tea can be drunk as an aid to digestion. It may also help the body remove toxins, which leads to better overall health.

Peppermint tea is often recommended to improve digestion and eliminate bad breath, and drinking it throughout the day may keep burps to a minimum.

Chamomile tea is another herbal tea that can benefit the digestive system. It may help some people reduce sulfur burps and benefit the immune system over time. If you want to buy chamomile tea then there is an excellent selection online, with thousands of customer reviews.

Having a full glass of water a few minutes before a heavy meal may help the digestive system deal with heavy proteins and sulfur-rich foods.

Manuka honey is a honey harvested from the tea tree family. The honey may kill off potentially infectious bacteria such as Escherichia coli (E. coli), Enterobacter aerogenes, Salmonella typhimurium, and S. aureus in the gut and relieve digestive symptoms.

Manuka honey may also help protect the digestive lining and relieve symptoms of disorders like IBS.

Food-grade baking soda, made from sodium bicarbonate, is a natural remedy for many symptoms of digestive problems including heartburn, ulcer pain, and bad breath. Drinking a small spoonful of baking soda in water may help balance the gastric juices and reduce the odor of burps.

Apple cider vinegar is another ingredient that some people use to balance their digestive system and reduce symptoms of digestive disorders. The acetic acid in the vinegar is believed to help keep the bacteria in your gut from overgrowing.

Some people find relief from unwanted digestion problems by drinking a spoonful of apple cider vinegar mixed in a glass of water every day.

Reducing the consumption of trigger foods can go a long way to relieve the symptoms of sulfur burps.

Trigger foods will vary from person to person. For instance, garlic and broccoli are high in sulfur compounds, but they may not cause a reaction in everyone. Milk products and certain types of sugars can affect others but not all people.

Excessive alcohol use may be another culprit for sulfur burps.

At the very least, alcohol consumption can disrupt effective digestion in the body and lead to stomach acid reflux, which may influence sulfur burps.

Some people may find their digestive symptoms eliminated by simply cutting back their alcohol intake.

If burps smell like sulfur, adding more gas to the mix will usually cause more foul-smelling burps. Reducing carbonated drinks, including soda and sparkling water, can cut burps.

Sugar is another contributing factor for sulfur burps. Sugar can feed the bacteria in the gut that cause hydrogen sulfide gas to build up. Avoiding sugary foods may be enough to reduce symptoms in some people.

The release of sulfur gases can also result from the digestive system breaking down a very large or protein-rich meal. Reducing portion sizes or eating more slowly may help reduce these digestive issues.

Processed food is usually high in preservatives. It can include packaged foods, canned goods, or fast foods. The high level of preservatives may worsen digestive symptoms and sulfur burps. Cutting out processed foods from the diet may help improve the digestive system.

It may be necessary to speak to a doctor when sulfur burps occur. The doctor can offer guidance on dietary choices or run diagnostic tests.

If sulfur burps persist even after dietary changes are made, or if burps accompany other symptoms, a doctor should be consulted. Doctors can help identify what digestive issues might be behind the persistent symptoms.