Can you have a period while pregnant?

During a period, the uterus sheds the lining that has built up in case of pregnancy. While a woman can experience uterine bleeding during pregnancy, it will not be due to a period.

In this article, we take an in-depth look at menstruation and pregnancy and discuss other potential causes of bleeding during pregnancy.

Can you get your period while pregnant? 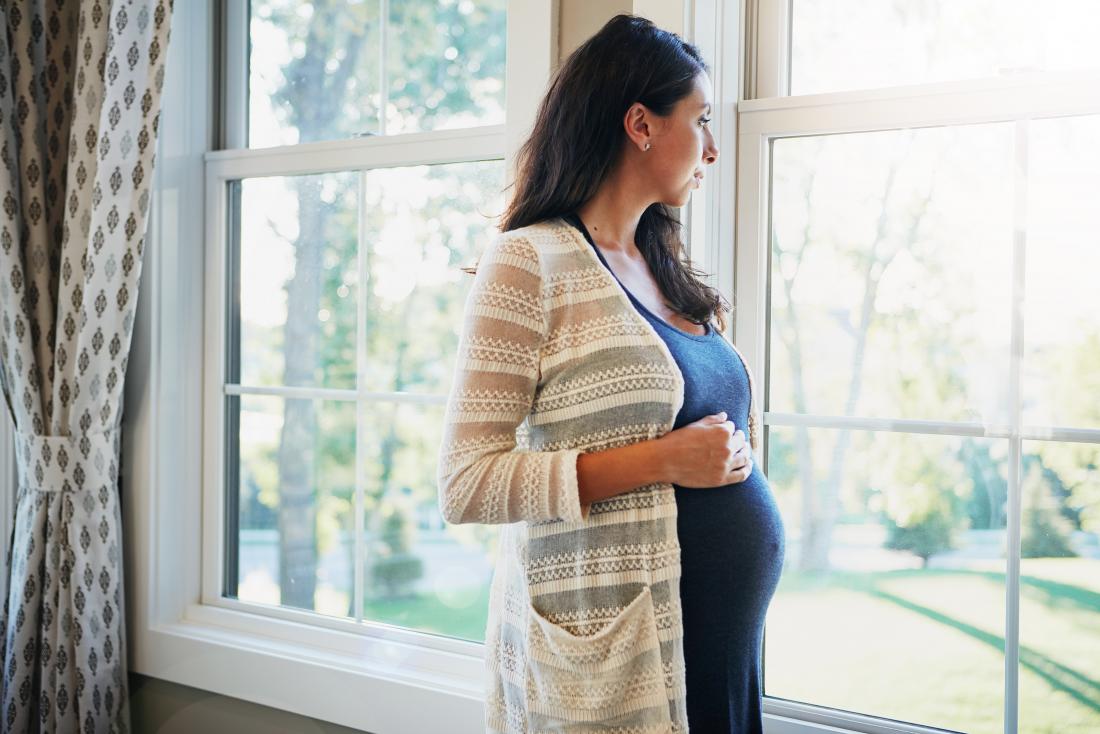 A period will not be the cause of any bleeding during pregnancy.

When a woman is pregnant, she does not continue to ovulate and will not have a period. Menstruation only occurs when a person is not pregnant.

Although it is possible for women to experience some bleeding during pregnancy, this will not be due to their menstrual cycle.

Some women also do not have any periods while breast-feeding. However, they may still begin to ovulate again soon after giving birth. Therefore, doctors may recommend some form of birth control while a woman is breast-feeding if she does not wish to get pregnant.

Ovulation, when the ovary releases an egg, occurs midway through the cycle.

An egg is only viable for about after a woman ovulates. If sperm cells are present and able to fertilize the egg, the egg will implant itself in the uterus, resulting in pregnancy.

If there is no fertilization, menstruation will occur, and the body will shed the uterine lining so that it can begin making a new one for the next cycle.

Other causes of bleeding during pregnancy

Although a woman will not have a period when she is pregnant, she may still experience some bleeding.

While bleeding is not necessarily a sign of an underlying problem, it is essential to understand the potential causes and know when to speak to a doctor.

Bleeding tends to be more common during the first trimester. Some mild spotting can occur as the placenta implants in the uterus.

A woman can also experience changes in the cervical cells during pregnancy, which may cause some light bleeding, especially after having sex.

Other causes of bleeding in the first trimester include:

Causes of bleeding later in pregnancy may include:

If a woman does experience bleeding at any stage of pregnancy and is concerned, she should note the color, amount, and consistency of the bleeding and speak to a doctor.

Women should seek emergency medical attention for bleeding during pregnancy if they have additional symptoms that include:

A woman should also see a doctor about bleeding that is bright red and soaks a pad.

Vaginal bleeding and pelvic pain early in pregnancy may be a sign of ectopic pregnancy, especially if these symptoms occur before an initial ultrasound. Any woman who suspects an ectopic pregnancy should see a doctor as soon as possible.

If a woman is bleeding and has symptoms of preterm labor, which is labor before 37 weeks of gestation, she should seek medical attention. These symptoms may include a constant ache in the lower back, abdominal cramping, and regular contractions.

Bleeding during pregnancy does not indicate that a woman is having her period.

Sometimes the bleeding can be the result of regular changes in the body during pregnancy.

Heavy bleeding may indicate a health issue that requires treatment. If a woman experiences bleeding during pregnancy, she should speak to a healthcare professional for guidance.