Are red spots on the breast a sign of cancer?

Red spots on the breast are usually symptoms of a rash or other skin condition. Less commonly, they can also be a visual sign of breast cancer.

Being able to recognize the early signs of breast cancer can allow for earlier diagnosis and treatment and improve a person’s outlook. 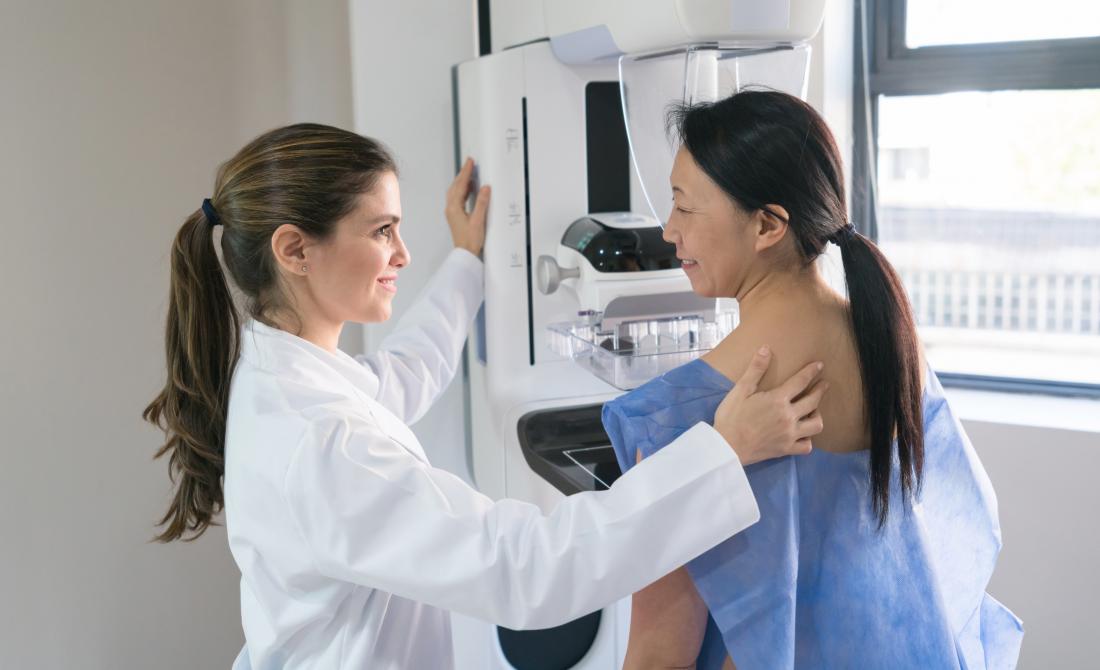 Red spots on the breast are usually a symptom of a noncancerous condition.

Although red spots or a red rash on the breast are usually symptoms of a noncancerous condition, they can sometimes be an early sign of breast cancer and a person should monitor them closely.

Red spots are a typical feature of inflammatory breast cancer or IBC, which is a rare but aggressive form of breast cancer.

People with IBC typically do not have breast lumps, which are a common symptom in other types of breast cancer.

IBC affects the skin and the lymph vessels of the breast and symptoms can include:

According to the , Paget’s disease of the breast accounts for around 1–4 percent of all cases of breast cancer. It is also more common in older people, with an average age of diagnosis of 57 years.

Paget’s disease of the breast usually starts by affecting the skin of the nipple. It then spreads to the dark skin around the nipple, which is known as the areola. When the disease is at its advanced stages, it may also affect the skin surrounding the areola.

Typically, Paget´s disease affects only one nipple, and it can resemble other noncancerous skin conditions, such as eczema and dermatitis.

Common signs and symptoms that affect the nipple and areola include:

Other symptoms of Paget’s disease may include:

A noticeable mass occurs in around of people with Paget’s disease of the breast.

Other possible causes of red spots

There are many other possible causes of red spots or rashes on the breast, including the following:

Nipple dermatitis is an inflammation of the skin on the nipple and areola. This condition can occur in women who are breastfeeding. It usually causes pain.

Causes of nipple dermatitis include:

A breast abscess is a buildup of pus in the breast that results from a bacterial infection. The bacteria get inside the breast through the nipple. Breast abscesses can be painful and affect women who are breastfeeding.

Mammary duct ectasia is a noncancerous or benign condition that affects the milk ducts in the breast. The ducts become wider, and their walls become thicker, which can lead to a blockage and buildup of fluid.

Mammary duct ectasia typically occurs in women undergoing menopause, although it can also occur in younger women, men, and children.

It usually causes bloody nipple discharge and redness or tenderness of the nipple and areola. Sometimes, a mass may be present under the areola.

Mastitis is a painful inflammation of the breast and is more common in women who are breastfeeding. It results from milk becoming trapped in the breast and a bacterial infection in the area.

Mastitis typically causes redness, warmth, and tenderness of the affected breast. However, more serious symptoms can include fever, breast abscess, and a serious blood infection known as septicemia.

Other types of rash that can affect the breast include:

Red spots or a rash on the breast is usually not a cause for concern but can sometimes be a sign of a more serious condition, including breast cancer.

People should see a doctor, as soon as possible, if the rash occurs alongside any of the following symptoms: