What does your 'microbiome cloud' say about you?

Particles, microbes, and chemicals bombard us every second of every day. For the first time, scientists have taken an in-depth look at the swarm of activity that follows us wherever we go. 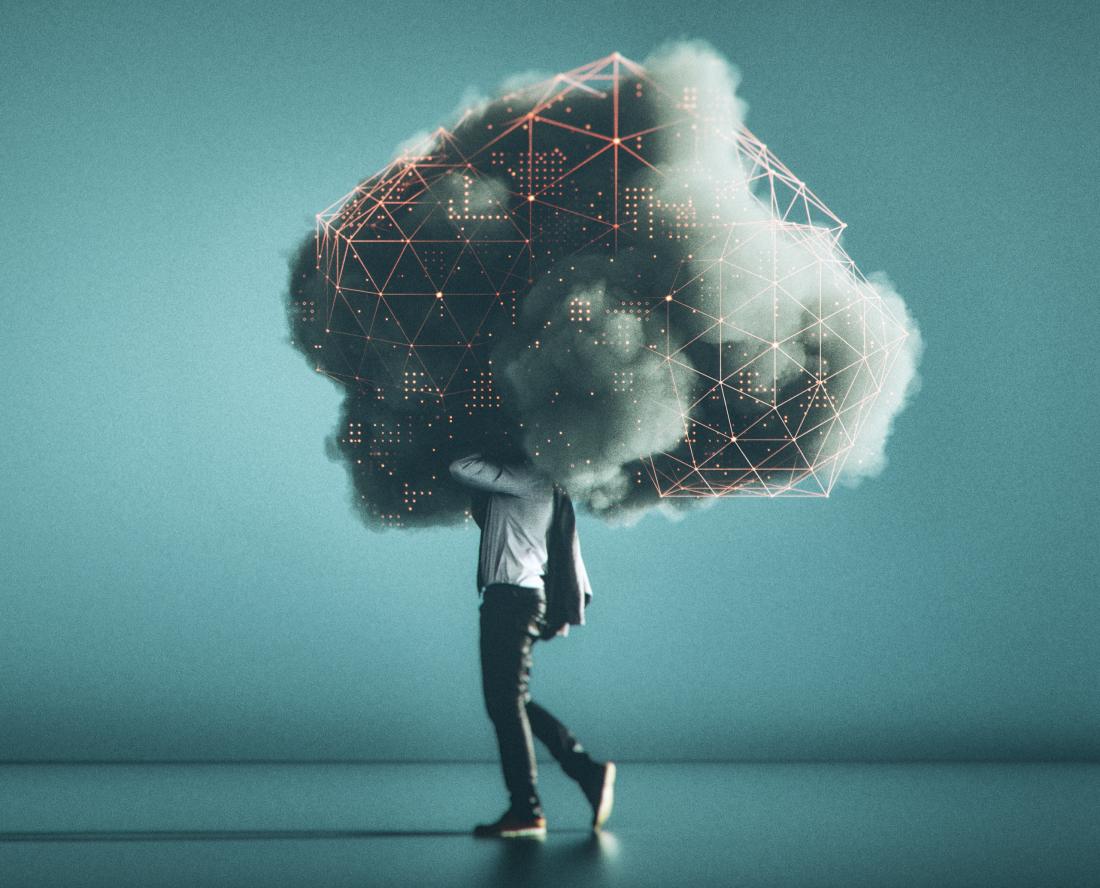 Is the exposome the next medical frontier?

We are familiar with the genome (the sum of our genetic material) and microbiome (the totality of microbial guests that reside in us and on us).

The exposome, however, comprises the range of bacteria, chemicals, viruses, plant particles, fungi, and microscopic animals that make contact with us during our daily lives.

Scientists have not studied the exposome in much detail; its inherent complexity and the huge variability among people are just two currently facing researchers.

Recently, a team from Stanford University School of Medicine in California has made a valiant attempt to make inroads into this murky topic.

Prof. Michael Snyder, Ph.D., led the study. He explains why the exposome is exciting and why it is important, saying, “Human health is influenced by two things: your DNA and the environment.”

“People have measured things like air pollution on a broad scale, but no one has really measured biological and chemical exposures at a personal level.”

“No one really knows,” he says, “how vast the human exposome is or what kinds of things are in there.”

Aside from the fascinating insights that this type of work could produce, there is a variety of ways that it could enhance our knowledge of certain conditions and their causal factors.

For instance, if people with seasonal allergies monitor their exposome throughout the year, they could pin down exactly what they are allergic to; this could, potentially, help them avoid that particular allergen in the future.

The intriguing findings were published earlier this week in the journal .

To explore this most nebulous phenomenon, scientists monitored 15 participants using a bespoke piece of technology: a modified air-monitoring device. It was strapped to the arm and took in tiny “breaths” from the surrounding air; a sub-micron filter traps anything that is sucked in, including viruses, bacteria, and fungi. They were followed for around 2 years.

The team returned the devices to the laboratory after use, and experts analyzed their contents, including DNA and RNA testing.

Unraveling the intricate genetic information within the trapped biological matter presented another challenge for the team.

This vast new database holds information on bacteria, viruses, animals, fungi, plants, and more. It’s fully searchable, allowing the scientists to develop a clear picture of all the organisms that had been caught. They scrutinized the samples in unprecedented depth.

“No one has ever done a study this deep before. We ended up with about 70 billion readouts.”

The scientists were particularly surprised in the variation that they saw between people who lived in relative proximity.

In one part of the study, four participants who all lived in the San Francisco Bay Area of California were closely monitored for 1 month. Each person lived in a different part of the region: Palo Alto, Sunnyvale, Redwood City, or San Francisco.

“It turns out, even at very close distances, we have very different exposure profiles or ‘signatures,'” explains Prof. Snyder.

“These personal signatures are essentially traces of specific fungi, plants, chemicals, and bacteria that are consistently seen on or around a single person, but that vary between people,” he adds. “Many environmental aspects contribute to this microscopic amalgam — pets, household chemicals, flowers in bloom, and even rain.”

“The bottom line is that we all have our own microbiome cloud that we’re schlepping around and spewing out.”

Everyone’s exposome signature was unique; for instance, the person who resided in San Francisco had relatively high levels of “sludge bacteria” — the type you would find in sewage plants. Prof. Snyder, on the other hand, had consistently high levels of fungi. He thinks he may have an explanation for this anomaly:

“The guy who painted my house,” he explains, “was a really environmentally friendly, green person. And he avoided using paints with a substance called pyridine in it.” Pyridine kills fungi and, as pyridine levels in paint are reduced, fungus levels are likely to increase.

Prof. Snyder wore his device for the entire 2-year period, including during national and international travel, so his samples (as expected) showed the most variety.

However, despite differences between individual people, the team located certain chemicals in most samples. These included DEET (an insect repellent) and several carcinogens.

Although this study only involved a small number of people, it suggests that the exposome can be charted. With the reams of data that this technique makes available, the next challenge will be to harness and make sense of them all.

That will take much more work. Until more results come in, the exposome remains a mysterious beast. However, now that an entry point has been found, more research is sure to follow.