Anterior placenta: Everything you need to know

The placenta is an organ that grows in the uterus during pregnancy to supply the fetus with oxygen and nutrients. An anterior placenta is one that attaches to the front of the uterus.

The placenta may attach itself in any of the following positions:

An anterior placenta generally does not affect the pregnancy or health of the fetus. However, it may change how a woman has medical checkups and sometimes increases certain risks. Learn more in this article.

What is an anterior placenta?

An anterior placenta will sit between the front of the stomach and the fetus.

Most of the time, a fertilized egg will implant on the back of the uterine wall. When this happens, the placenta generally forms along that wall as well. Doctors refer to this as a posterior placenta.

Sometimes, having an anterior placenta may make it harder for a woman to feel fetal movements. In some cases, it can make it more challenging for an obstetrician to detect a fetal heartbeat. 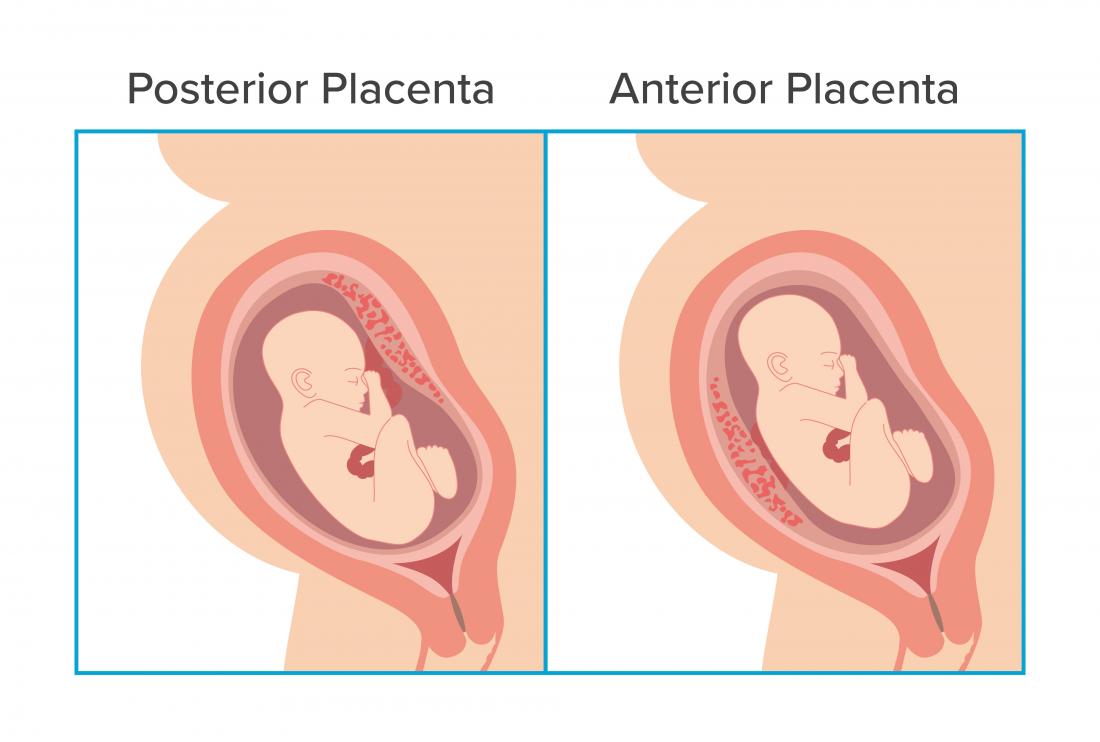 Does it affect pregnancy?

Generally, the positioning of the placenta does not affect the pregnancy or the fetus unless the placenta blocks the cervix, which is called placenta previa.

A woman with placenta previa may need to stay in the hospital for monitoring, and she is likely to need to give birth via cesarean delivery.

In cases where a woman needs an amniocentesis, an anterior placenta may make it slightly more difficult for a doctor to carry out the test.

An amniocentesis is a procedure that takes a sample of the amniotic fluid surrounding the baby. A doctor will analyze the fluid for signs of any abnormalities.

They will perform this test by inserting a needle into the uterus via the woman’s abdomen. The location of an anterior placenta at the front of the uterus may make this more challenging.

A doctor can determine the placement of the placenta using an ultrasound, which usually occurs between 18 and 20 weeks of pregnancy.

During this ultrasound, a doctor will examine the fetus and placenta for any abnormalities.

Sometimes, they may recommend additional ultrasounds closer to the delivery date to check the location of the placenta and ensure that it is not covering the cervix.

Although an anterior placenta is not usually a cause for concern, some studies have shown that the placement of a placenta could affect the outcome of the pregnancy.

One indicated that women with an anterior placenta might have an increased risk of the following complications:

There is also some evidence to suggest that women with an anterior placenta have a higher risk of problems after the baby is born.

The placenta can also migrate during pregnancy, meaning that it starts growing in another direction. An anterior placenta may migrate upward and attach itself to the top of the uterus where many of the bigger blood vessels are present.

All pregnant women should see a doctor regularly throughout their pregnancy. While an anterior placenta will not usually cause any issues, other symptoms can indicate a problem with the placenta.

A woman should call her doctor immediately if she notices any of the following symptoms:

The symptoms of a placental problem tend to begin suddenly, and they are often severe.

It may, however, make it more difficult for a woman to feel fetal movements or for a doctor to find the fetus’s heartbeat.

A woman should consult her doctor regarding any concerns about the pregnancy or signs of problems relating to the placenta. Regular prenatal care can help prevent or manage potential complications.