The microbiome plays a vital role in health. A recent study has investigated how viruses that kill gut bacteria influence these microbes. The findings make an already complicated picture much more so. 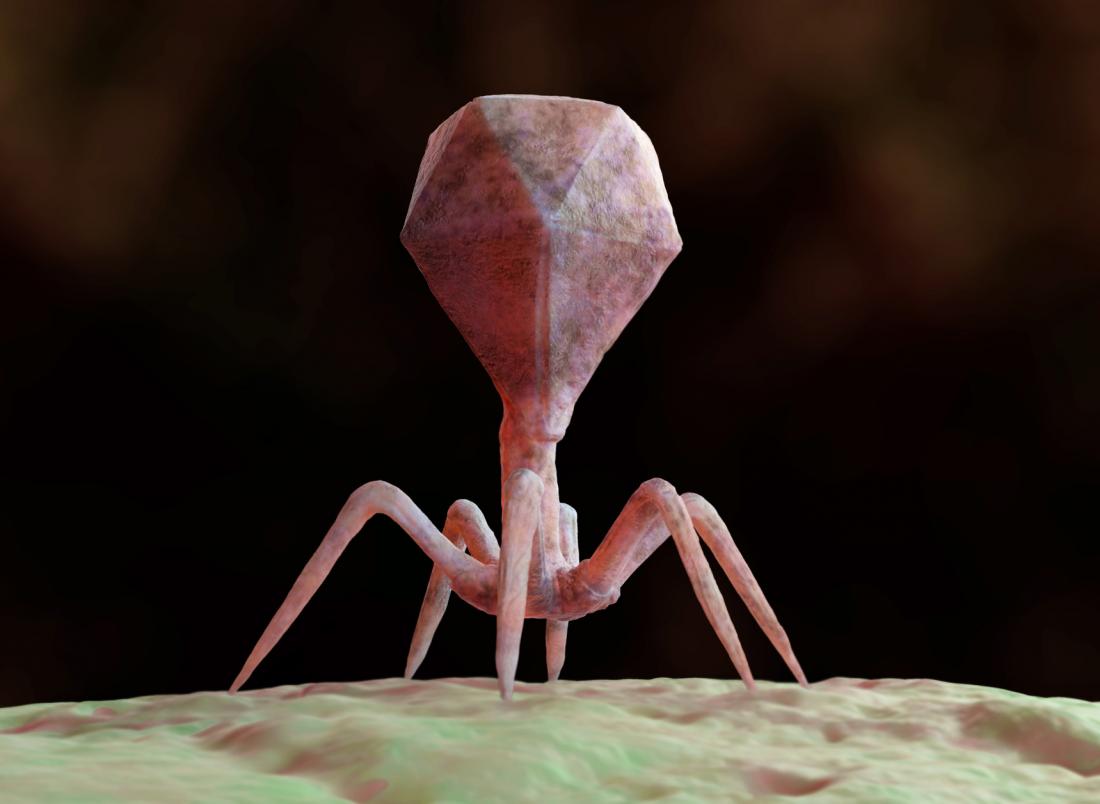 The microbiome is both fascinating and fashionable.

The increase in public interest has provided a boost in funding to study the interactions between us and our gut bacteria.

Scientists have now found relationships between the microbiome and a range of conditions, from diabetes and obesity to and depression.

Despite their wide availability and popularity, however, there is to suggest that they provide many benefits outside a small number of conditions.

Although scientists know that the microbes within us are vital, designing a way to moderate them to improve health and fight disease is still a long way off.

The primary reason for this is the dazzling complexity of the microbiome. It is not a single, homogenous entity, but a world of microscopic beings that interact, influence, and inhibit their neighbors, capable of killing, nourishing, and communicating with each other.

Already, at this point, we can see the vast difficulties in understanding the ins and outs of the microbiome, but some researchers are examining the next level of complexity: bacteriophages.

Bacteriophages, or simply phages, are viruses that exclusively destroy bacteria. Incredibly, phages outnumber bacteria; where there are bacteria, there are phages in spades.

Phages are specific, too; they tend to destroy just one species or strain of bacteria. Before the advent of antibiotics, scientists used phages to fight infections. However, when researchers discovered antibiotics, they took the place of phages; antibiotics were cheaper and easier to produce than phages.

Now, with antibiotic resistance on the rise, some researchers are revisiting the idea of phage therapy.

Of course, if phages kill bacteria, they are likely to influence the microbiome. Researchers from the Brigham and Women’s Hospital and the Wyss Institute, both in Boston, MA, are interested in exactly how these abundant viruses might impact our gut bacteria. They published the results of their most recent study in the journal Cell Host & Microbe.

“One of the major interests in my lab is understanding the changes in the dynamics of the gut microbiome. Bacteriophages are a huge component of the microbiome but haven’t been studied much yet.”

What are phages up to?

Although we know that phages are abundant in the gut, we do not know much about their behavior.

“Some people are exploring phage therapy, using phages to kill off microbes,” Dr. Gerber says, “but phages are also found naturally in the gut, co-existing with the rest of the ecosystem. We wanted to find out what they are doing in there.”

To investigate, the researchers used gnotobiotic mice; they reared these animals in such a way that they have no bacteria living on or in them.

To begin, they introduced to the mice 10 species of bacteria that commonly reside in the human gut, including Enterococcus faecalis and Escherichia coli.

Then, they added phages that specifically target the bacteria they transplanted into the mice. For instance, the T4 phage targets E. coli, and the VD13 phage attacks E. faecalis. They then tracked the success of each microbe.

Phages are specific hunters: each type kills just one type of bacteria. So when the scientists introduced a phage to the mice, they would see a decline in that type of bacteria. However, the impact on other bacteria was more surprising.

The scientists showed that although any given phage attacked only one species of bacteria, that phage would also impact other species; some species thrived while others dwindled.

Looking at the wider picture, the researchers also assessed the array of compounds produced by both the bacteria and the mouse; this is called the metabolome.

They found that when they introduced a phage to the mice and the bacterial composition changed, there were also changes in the levels of certain biologically active chemicals. The study authors write:

“Phages can modulate metabolites, which are known to affect the mammalian host.”

In other words, a single strain of a virus can alter the type or quantity of biological molecules available to the host animal.

Future possibilities and much more work

Dr. Gerber did not miss the wide-ranging possibilities that these findings raise. He says: “This finding fascinates me for follow-up and raises significant questions: Could we use phages to modulate these activities? Could this be an intervention for conditions, such as depression, where you’d want to change neurotransmitter levels?”

Of course, this experiment used an artificially constructed microbiome in a rodent model, which makes extrapolation to humans difficult. However, it focused on gaining a general overview of how phages could influence a population of bacteria. As the study authors write:

“Gnotobiotic mice, colonized with a limited and known but still complex collection of bacteria, present an attractive model system for comprehensively characterizing the behavior of phages in the gut environment.”

If phages make sweeping changes to a mouse microbiome, they are likely to make changes in the human microbiome, too. The changes might be different, but the principle remains.

As we made clear in the introduction, the effects of the microbiome are tricky enough to understand before phages enter the picture, so designing a medical intervention will be a long way off. However, that certainly doesn’t make the findings any less interesting or worthy of pursuing.

“Even if they aren’t used as a direct therapeutic, our study suggests that phages may be a good tool for understanding the potential effects of other therapeutics that alter the microbiome,” concludes Dr. Gerber.