Are dogs better at detecting cancer 'than advanced technology?'

Because dogs have an extremely sensitive sense of smell, researchers are increasingly interested in finding out whether they can detect disease. One new study working with beagles has found that they can successfully “sniff out” lung cancer with extremely high accuracy. 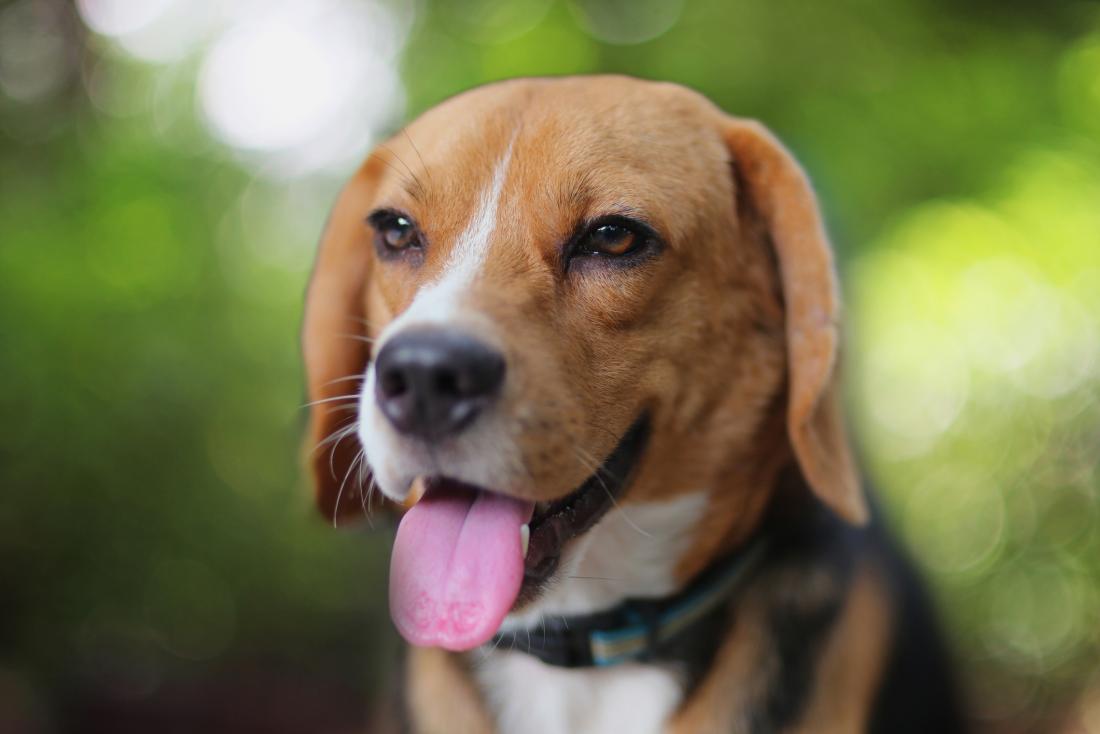 Beagles are not just friendly and extremely cuddly; they can accurately detect cancer.

Recent data indicate that non-small cell lung cancer “is the second most common cancer” that doctors diagnose among patients in the United States. This type of cancer is also responsible for the largest number of cancer-related deaths.

For this reason, early diagnosis is crucial. Tackling lung cancer in its early stages can allow doctors to find and apply the most effective treatments.

But the most common methods of diagnosing lung cancer — through CT and PET scans — can be very costly and are sometimes inaccurate or unreliable.

A new study has turned to dogs’ superior sniffing skills to find out if canines could accurately detect lung cancer just by using their sense of smell.

“The olfactory acuity of a dog is at least 10,000 times more sensitive than that of a human, which is likely due to their more expansive olfactory epithelium and olfactory receptors and their ability to retain air in their nasopharynx during exhalation,” the study authors explain in The Journal of the American Osteopathic Association.

The research team — led by Prof. Thomas Quinn from Lake Erie College of Osteopathic Medicine in Erie, PA — worked with three beagles, whom they trained to “sniff out” non-small cell lung cancer in plasma (blood) samples.

Prof. Quinn and colleagues chose beagles because they are scent hounds, a type of dog that people traditionally bred to chase small game animals during a hunt.

How dogs’ noses may improve detection

The researchers initially trained four beagles for 8 weeks, though one showed little interest in the assigned task so did not take part in the study.

After the training period, the team called upon the three beagles to correctly distinguish between blood samples collected from individuals with non-small cell lung cancer and a set of blood samples obtained from healthy individuals.

The researchers placed all the samples in one room, at a height at which the dogs could comfortably sniff them. The team had trained the beagles to sit down when they could smell cancer, or to move on if the sample was from a healthy person.

The dogs successfully made the distinction between the two types of samples, identifying the presence of cancer with 97.5% specificity, and 96.7% sensitivity.

“We’re using the dogs to sort through the layers of scent until we identify the tell-tale biomarkers,” says Prof. Quinn, adding that while “[t]here is still a great deal of work ahead, […] we’re making good progress.”

At present, the researchers are completing a study testing the dogs’ ability to identify several other forms of cancer, including breast cancer and colorectal cancer.

This time, the beagles will have access to patient breath samples, which the researchers collected by asking the volunteers to breathe into a special mask. While this study’s results are yet to appear online or in print, the investigators say that they continue to support the dogs’ exceptional acuity in detecting cancer.

In the future, the research team is interested in separating samples collected from cancer patients into fractions containing specific biomarkers, so that they may train the dogs to identify separate signs associated with the presence of cancer.

“Right now, it appears dogs have a better natural ability to screen for cancer than our most advanced technology. Once we figure out what they know and how, we may be able to catch up.”

Ultimately, the scientists hope to develop a cheap over-the-counter screening test that would allow individuals to self-detect the presence of cancer by merely breathing into it.