Altering an unhealthy gut microbiome could stave off chronic disease

New research in mice suggests that “remodeling” an unhealthy microbiome into a healthy one could stave off chronic disease by improving cholesterol. 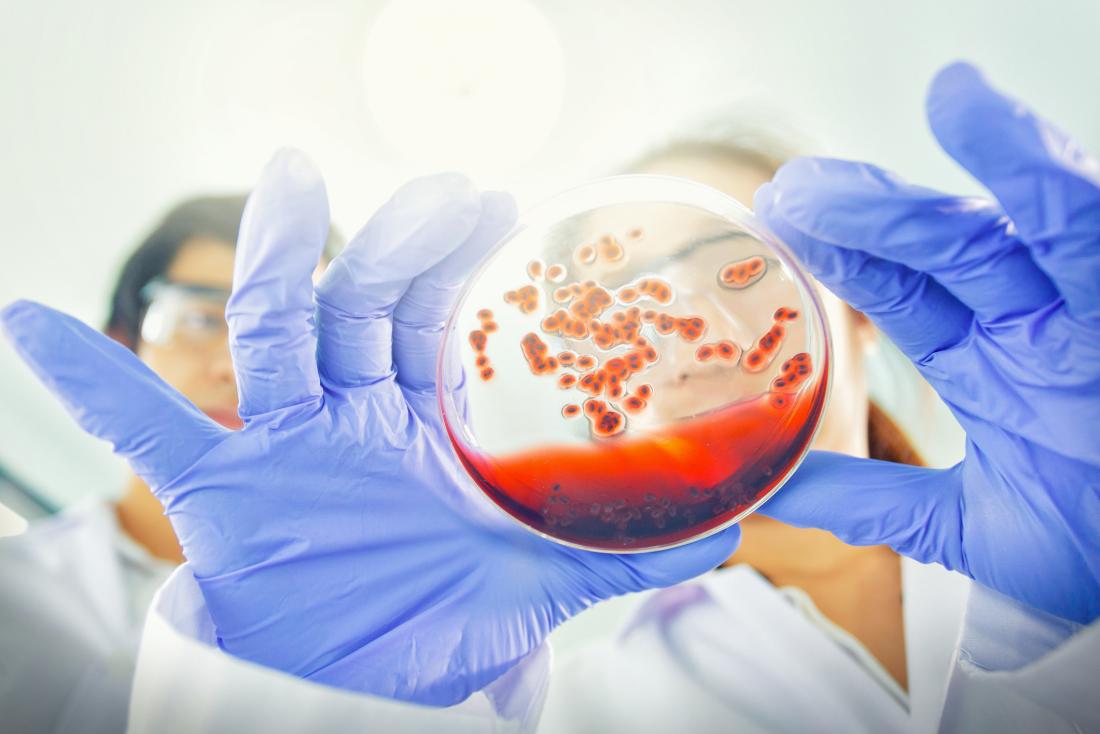 Scientists modulated the growth of certain bacteria to turn an unhealthy gut microbiome into a healthy one.

Using peptides, scientists turned an unhealthy gut microbiome into a healthy gut that worked to help reduce cholesterol. This, they say, may help ward off certain diseases.

They presented their findings at the American Chemical Society Fall 2019 National Meeting & Exposition, which took place in San Diego, CA.

The researchers investigated a certain type of molecule and how it interacted with, and altered, the gut microbiome.

Prof. M. Reza Ghadiri — from the Scripps Research Institute in La Jolla, CA — and team were able to change gut bacteria in such a way that it positively affected cholesterol levels in mice specifically bred to develop arterial plaque when they ate a high fat diet.

Peptides and the gut microbiome

Prof. Ghadiri and colleagues used mice known as LDL receptor knockout mice, which are the gold standard when studying statins. These are drugs that lower cholesterol in humans.

The molecules the scientists used were peptides called self-assembling cyclic D, L-alpha-peptides, which Prof. Ghadiri developed in a laboratory to kill harmful bacteria.

Peptides are the building blocks of proteins, but self-assembling cyclic D, L-alpha-peptides do not occur anywhere in nature. The researchers also developed them to specifically interact in certain ways with different types of bacteria.

“Our hypothesis was that instead of killing bacteria, if we could selectively modulate the growth of certain bacteria species in the gut microbiome using our peptides, more beneficial bacteria would grow to fill the niche, and the gut would be ‘remodeled’ into a [heathy] gut,” says Prof. Ghadiri.

“Our theory,” he adds, “was that [this] process would prevent the onset or progression of certain chronic diseases.”

Good results from peptides despite diet

To create appropriate peptides, the scientists developed a mass screening assay and selected the two best peptides after testing them with a representative mouse microbiome in the laboratory.

The study consisted of three groups of mice:

The team sequenced the gut microbiome from fecal samples from all three mouse groups before and after the dietary intervention. They also examined their arteries for plaque and measured molecules that can affect metabolism, inflammation, and the immune system itself.

Prof. Ghadiri and team found that the peptides made a significant difference in the mice’s arterial health.

“Mice fed the Western diet with our peptides had a 50% reduction in total plasma cholesterol, and there was no significant plaque in the arteries, compared [with] the mice fed a Western diet and no peptides.”

“We also saw suppressed levels of molecules that increase inflammation and rebalanced levels of disease relevant metabolites. These mice resembled those on a low fat diet.”

As to the possible mechanisms behind the findings, Prof. Ghadiri explains that they may be due to how genes affect bile acids, which then can impact the metabolism of cholesterol. Genes that influence atherosclerosis, which is , may also be involved.

Although this study involved mice, it could be an important stepping stone to helping alter the gut microbiome in humans despite their diet.

This study, which looked at certain aspects of cardiovascular disease, also shed some light on the relationship between blood plasma cholesterol and the development of atherosclerosis.

“This is the first time anyone has shown that there are molecules to purposefully remodel the gut microbiome and turn an [unhealthy] gut into a more [healthy] one,” notes Prof. Ghadiri.

“This opens up clear therapeutic possibilities. We can sequence the [gut microbiomes] of individuals and eventually develop therapies.”