Which foods are beneficial for a healthy gut microbiome?

By Ana Sandoiu on October 21, 2019 — Fact checked by Isabel Godfrey

New research finds an association between healthy bacterial compositions and certain dietary patterns and food groups. What is more, the findings suggest that “diet is likely to become a significant and serious line of treatment” for conditions such as Crohn’s disease, ulcerative colitis, and irritable bowel syndrome. 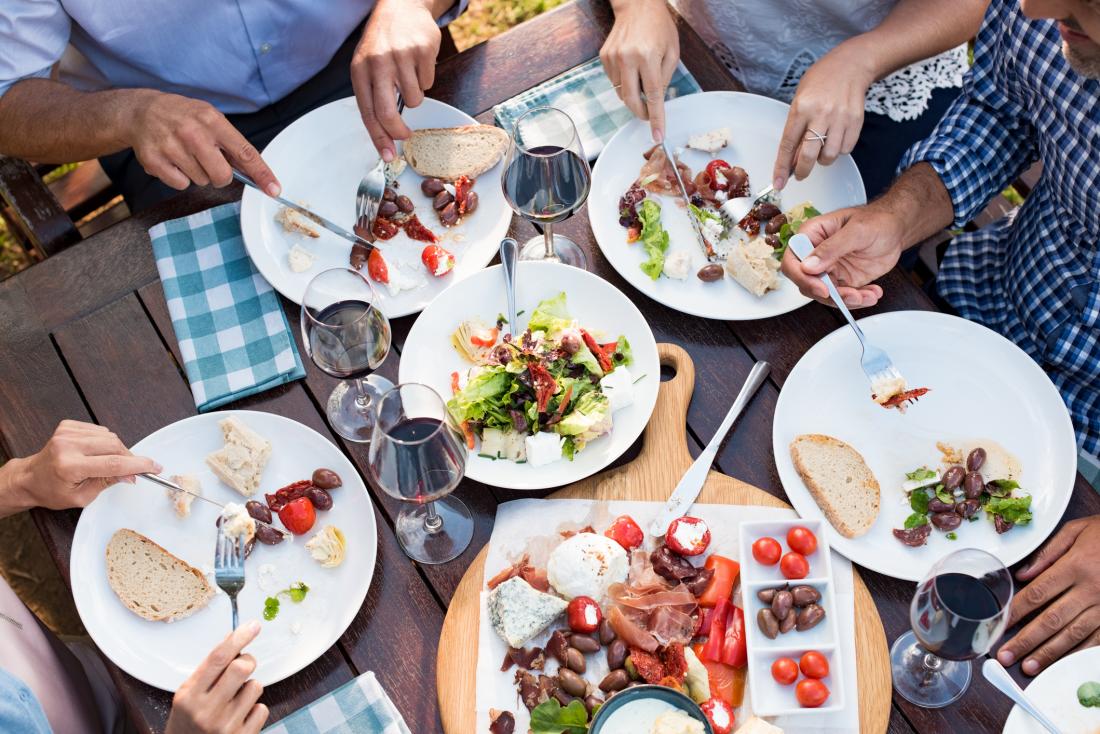 The term “gut microbiota” describes the trillions of microorganisms that live inside our guts, affecting how well we absorb nutrients from our food, how efficiently our immune defenses work, and even the extent to which we feel anxious or relaxed.

As an increasing body of evidence shows, the balance between healthful and unhealthful bacteria in our gut influences a much wider range of health factors than scientists previously believed. These include aspects as diverse as blood pressure, the aging process, and the likelihood of developing anxiety or depression.

So, keeping our gut healthy is important not just for digestive health but also for overall physical health and even mental well-being.

In this context, researchers from the University Medical Center Groningen (UMCG) in the Netherlands set out to examine which diets and food groups have the most beneficial effects on gut health.

UMCG’s Laura Bolte is the lead researcher of the study, which the team presented at the United European Gastroenterology (UEG) Week in Barcelona, Spain.

Specifically, Bolte and colleagues grouped 160 dietary factors under seven food patterns and looked at their anti-inflammatory effects across four cohorts of participants: people with Crohn’s disease, people with ulcerative colitis, the general population, and people living with irritable bowel syndrome.

As the authors explain in the study abstract, “there is increasing interest in anti-inflammatory capacities of isolated nutrients,” but the medical community has not yet studied or found out as much about “the association between dietary patterns or individual foods and gut microbial features.”

To rectify this, Bolte and team collected stool samples from each participant and asked them to fill in a Food Frequency Questionnaire.

The team identified 61 individual food items that they associated with 123 bacterial taxa and 249 molecular pathways, and they found “49 correlations between food patterns and microbial groups.”

They did so by isolating microbial DNA and performing shotgun metagenomic sequence analysis to reconstruct the microbiota composition of the stool samples.

As the summary of the findings that UEG and the researchers shared shows, Bolte and team divided the food patterns into the following groups:

Specifically, the team linked diets rich in bread, legumes, fish, and nuts with lower levels of harmful bacteria and inflammatory markers in the stool.

Plant based diets were associated with high levels of short chain fatty acids (SCFA) — “the major nutrients produced by bacterial fermentation,” which have several beneficial effects on the metabolism. Researchers have found low levels of SCFAs in people with ulcerative colitis and other inflammatory conditions of the intestines.

The researchers also found that plant protein aided the biosynthesis of vitamins and amino acids.

In contrast, a high intake of red meat, fast foods, and refined sugars was linked with lower levels of beneficial bacteria and higher levels of inflammatory markers.

“We show that specific foods are associated with the abundance of gut bacteria capable of the biosynthesis of essential nutrients and carbohydrate fermentation to SCFAs,” conclude the authors, “inferring that certain foods could exert mucosal protection by inducing bacteria with anti-inflammatory properties.”

“Our work provides support for the idea that the diet represents a therapeutic strategy [for] intestinal diseases, through the modulation of the gut microbiome,” they add.

“The results indicate that diet is likely to become a significant and serious line of treatment or disease management for diseases of the gut — by modulating the gut microbiome.”

According to the most recent estimates from the Centers for Disease Control and Prevention (CDC), about adults in the United States are living with either Crohn’s disease or ulcerative colitis.

By Ana Sandoiu on October 21, 2019 — Fact checked by Isabel Godfrey