Everything you need to know about shock

The word shock can describe several different situations. Medical shock happens when the body’s cells do not get enough oxygen-rich blood. It is not a disease but a result of an illness or injury.

A person may also feel shocked when they experience something unexpected. This shock is psychological and usually does not cause any medical problems.

Although many different problems can cause medical shock, its symptoms are often the same. Medical shock is always an emergency. Without treatment, shock may cause permanent organ damage or death.

There are four different types of medical shock. The name of each type describes how it causes a decrease in blood flow to the cells and tissues.

The four types are: 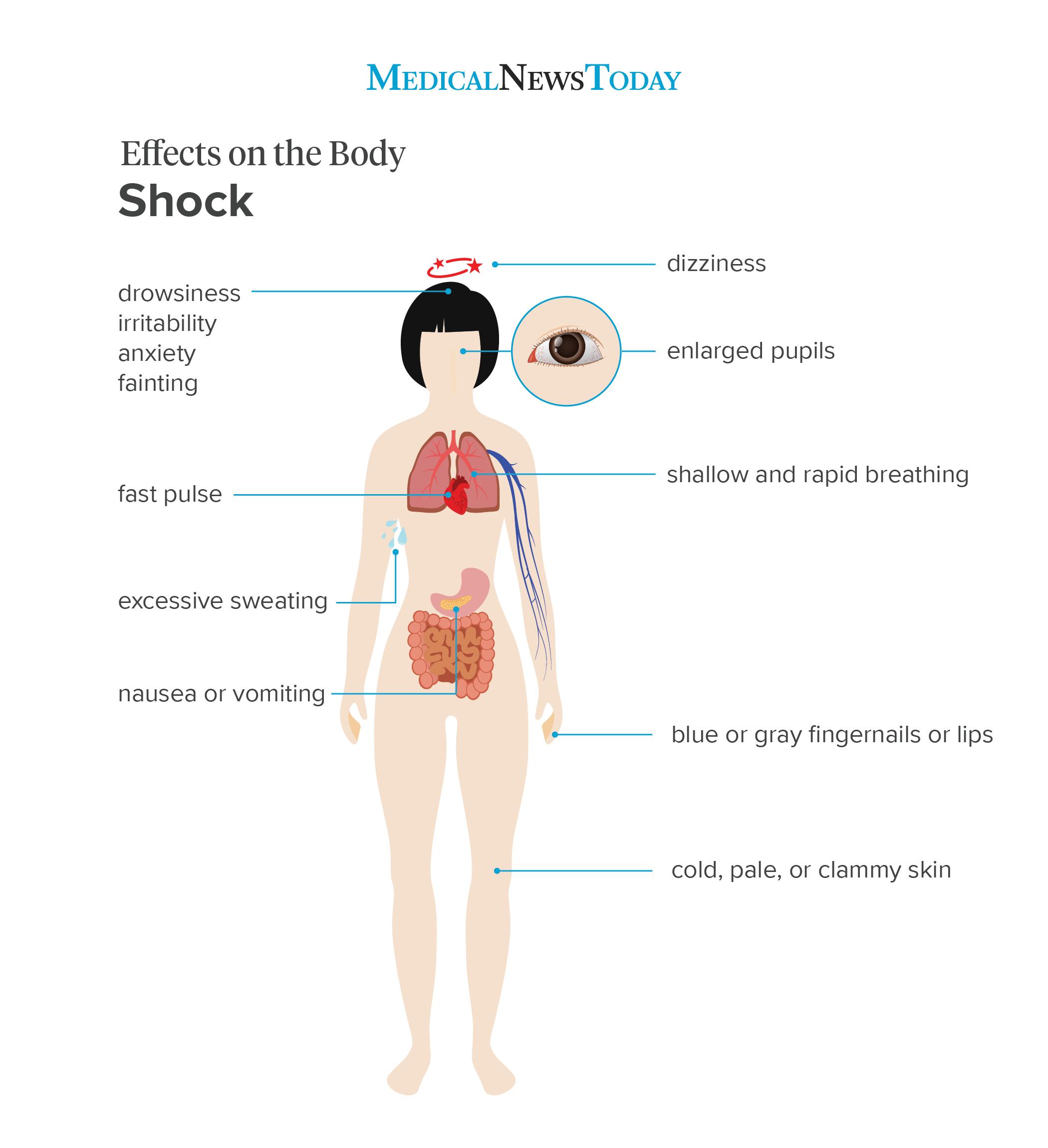 Although medical shock has many different causes, its symptoms are generally the same. The symptoms are a result of the body’s organs and tissues not getting enough oxygen.

Signs and symptoms of shock include:

If a person is in shock, the first step is to call 911 or the local emergency number, even if the symptoms are mild.

While waiting for the medical team, people can assist by:

The treatment for shock will vary based on the underlying cause. For instance, a person experiencing anaphylaxis may need a shot of epinephrine, which can treat severe allergic reactions.

If a person has sepsis, they may need antibiotics, oxygen, and intravenous (IV) fluids.

People with hypovolemic shock may need a blood transfusion and IV fluids. Doctors may start blood transfusions or other measures to help restore proper blood flow, even if they do not know the underlying cause.

The medical team may run various tests to determine the cause of shock, including:

After a person receives treatment for shock, a doctor may help them put a follow-up plan in place to help prevent another event. Some examples include:

It can take some time to recover from any type of medical shock. Shock can cause fatigue, muscle aches, and trouble with strength or mental function. Sometimes, these effects are long lasting.

People may need rehabilitation, either in the hospital or in another facility. They may also need help with tasks at home as they recover.

After septic shock, some people experience lingering side effects, such as pain or trouble concentrating or remembering things. Depression or anxiety may also occur. Talking to a doctor about these effects can help during recovery.

Medical shock is a life threatening condition. It occurs when the organs in the body are not getting enough oxygen.

Causes of shock include severe blood loss, dehydration, and a cardiac event. It is important to seek immediate medical care for any symptoms of shock, even if they are mild.