Why is blood red?

Have you ever wondered why scarlet blood pours out of your nose when you experience a nosebleed? Or why the veins in your skin look blue? It’s all down to some colorful chemistry in your red blood cells. 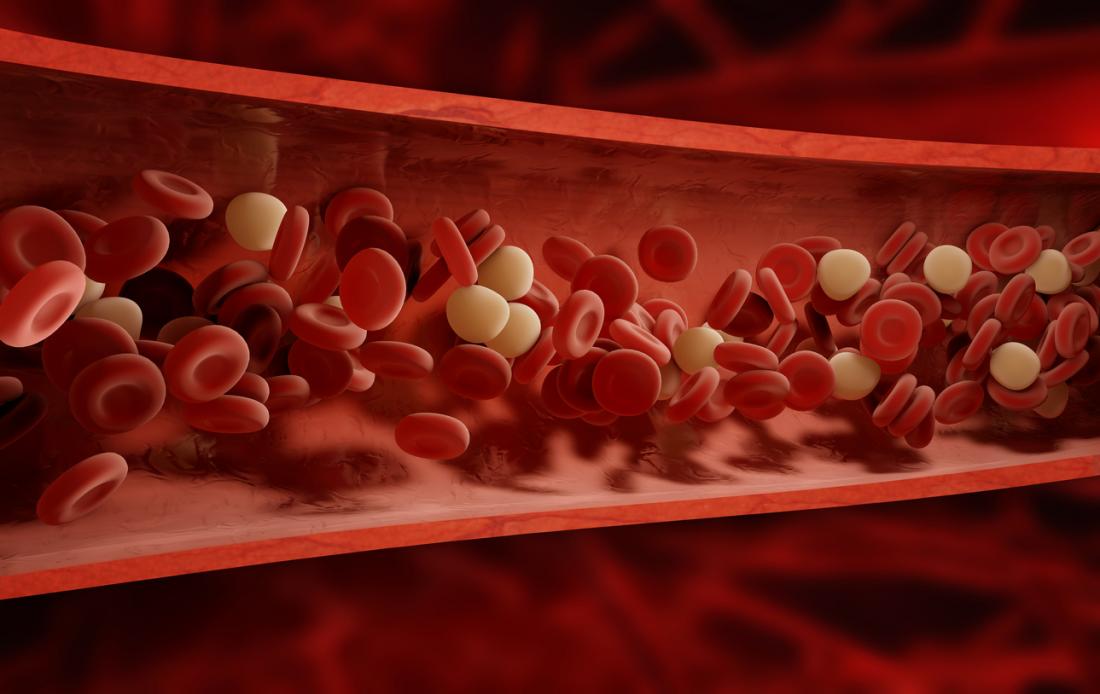 Red blood cells contain a molecule that gives them their distinctive color.

Red blood cells contain a molecule called hemoglobin, which binds and transports oxygen through our bodies. Hemoglobin is made up of four protein chains that each bind an additional ring-shaped chemical structure called .

Color plays an important role in many aspects of biology, explain the authors of a recent review article published in the journal Archives of Pathology & Laboratory Medicine.

Here, Dr. Sergio Piña-Oviedo, of the Department of Hematopathology at the MD Anderson Cancer Center in Houston, TX, and colleagues discuss the relevance and biochemistry of color in human organs.

Color is important for “camouflage and protection, metabolism, sexual behavior, and communication,” they explain.

The protein chains in the hemoglobin molecule in red blood cells are encoded by our genes. Mutations in the globin genes can cause diseases such as thalassemia and sickle cell disease.

In order to bind oxygen, each protein chain binds to one heme group, allowing a maximum of four oxygen molecules to bind per one hemoglobin molecule.

At heme’s center sits an iron molecule. The iron makes heme look red-brown. But what if the iron is swapped for a different metal?

Binding and the body

To return to human blood, the iron in hemoglobin binds oxygen in the lungs as we inhale air. Now, our blood looks bright red as it is being pumped away from the lungs to the tissues in our body.

Luckily, oxygen binding is reversible, which means that oxygen taken up in the lungs is released in the tissues as the blood circulates around the body.

When the oxygen is released, it is replaced by carbon dioxide, which is then taken back to our lungs and expelled from our bodies as we breathe. When carbon dioxide binds to hemoglobin, the color changes from bright red to .

But why do our veins look blue? It’s an illusion; the veins themselves are actually white-pink. The blue that we see with our eyes is a combination of the blood, the vessel, the skin, and the process that allows us to see color.