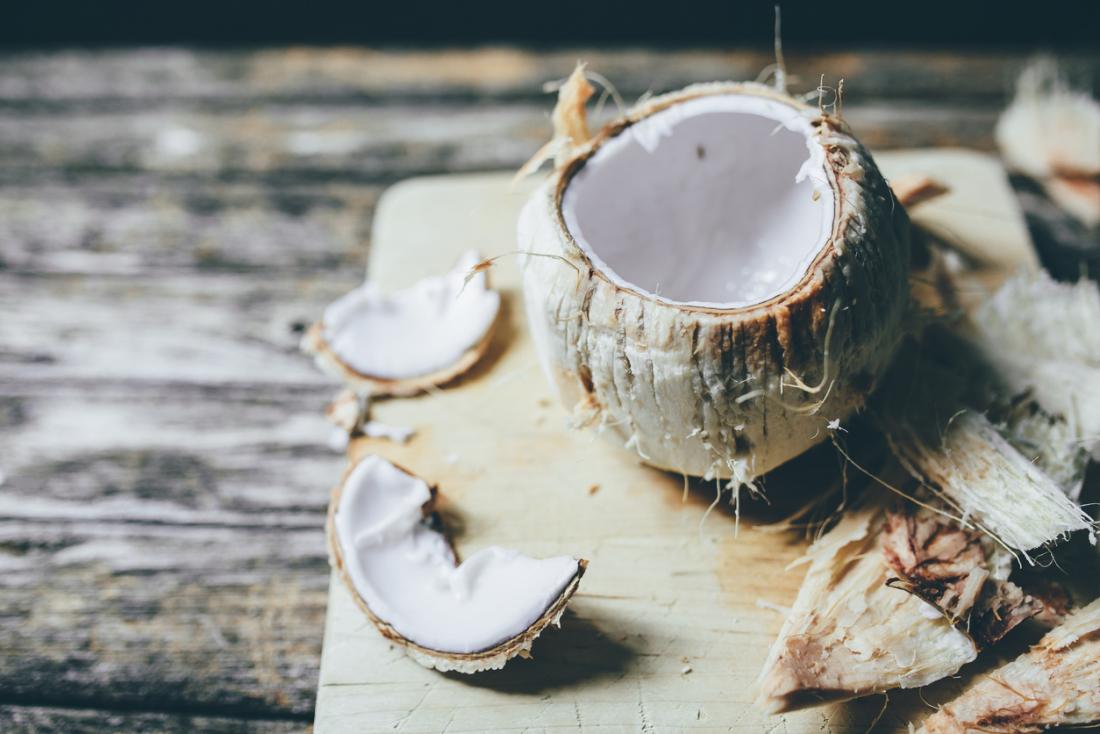 Known for its concentrations of electrolytes, vitamins, and minerals, coconut water has swept the nation. From yoga studios to vending machines, you can buy the tropical drink just about anywhere.

Despite its recent explosion in popularity, coconut water has been consumed for centuries in tropical regions around the world. In traditional Ayurvedic medicine, coconut water is believed to help digestion, urination, and even semen production. It has also traditionally been used to treat dehydration and given as ceremonial gifts throughout the tropics. While it may not be a miracle cure, it does have many health benefits.

Coconut water’s natural electrolytes make it a solid match for traditional sports drinks like Gatorade. Made without added sugar, food coloring, or artificial sweeteners, many people reach for coconut water as a more natural performance drink.

Studies have shown that coconut water can perform just as well as a traditional sport’s drink to keep you hydrated and help replenish fluids after a run. However, coconut water has less sodium, the main electrolyte you lose with sweat, than most sport’s drinks. It also has fewer carbohydrates than many drinks meant for endurance performance. This means it might not give you enough energy for a long bout of exercise (greater than 90 minutes), but it will help you rehydrate afterward.

While coconut water doesn’t help you rehydrate any better than water or traditional sports drinks after exercise, a study found that it was easier to drink enough without causing nausea or an upset stomach. The researchers also recommend avoiding coconut water with added sugars because they prevent proper hydration and add unnecessary calories.

With only in a cup, coconut water is a great substitute for higher calorie drinks like sodas or juice, according to the Academy of Nutrition and Dietetics. Coconut water has less sugar and carbohydrates than most juices. It also has more minerals and electrolytes like sodium and potassium. However, for casual sipping, it still can’t compete with zero calorie water.

Coconut water has more than 10 times the amount of potassium of most sports drinks. An 8-ounce glass of coconut water is packed with as much potassium as a banana. Most Americans fall short of the daily recommendation for potassium. At 405 mg per cup, the potassium in coconut water can help you ward off cramps.

Potassium helps keep fluid and electrolyte balance in the body, especially during exercise. Because there is more potassium than sodium in coconut water, the potassium may help balance out sodium’s effect on blood pressure and possibly even help lower it.

Calcium is vital for more than just strong bones and teeth. It helps muscles contract and work properly. As you exercise, your muscles pull on your bones and break them down slightly. As your body recovers, your bones use calcium to get stronger and repair.

Magnesium helps to move calcium and potassium into muscles to aid in contraction and relaxation. It also helps with energy production and supports organ function. A hard workout can leave you depleted in magnesium and prone to cramps, restless muscles, and spasms.

In addition to all of its hydrating benefits, coconut water contains antioxidants that help to neutralize oxidative stress and free radicals created by exercise. Look for fresh coconut water to get the highest levels of antioxidants. Processed and heat pasteurized coconut water has fewer antioxidants, according to a recent study.

Amino acids are essential for repairing tissues and are the building blocks of protein. Coconut water contains more alanine, arginine, cysteine, and serine than cow’s milk. It’s a major source of arginine, an amino acid that helps your body respond to stress (like the stress caused by a difficult workout). Arginine may also help keep the heart healthy.

The hormones that help plants grow, also known as cytokinins, are also found in coconut water. These compounds are believed to have antiaging and cancer-fighting properties. However, to date no major studies have shown that coconut water wards off cancer.

The bottom line is that coconut water can be a great way to rehydrate after a hard, sweaty workout. Swap coconut water for a traditional sports drink and skip the added sugar, dyes, and other synthetic ingredients.

If you are trying to lose weight, it might be best to opt for water instead. The Academy of Nutrition and Dietetics also recommends choosing water if you haven’t sweat excessively, since coconut water does not rehydrate you any better than water does and it comes with extra calories and sugar.

Seek out fresh, unprocessed coconut water to get the most antioxidants and a true taste of the tropics.