A review of the latest scientific research on breast cancer shows that there is strong evidence that breast-feeding can reduce women's risk of premenopausal and postmenopausal breast cancers. 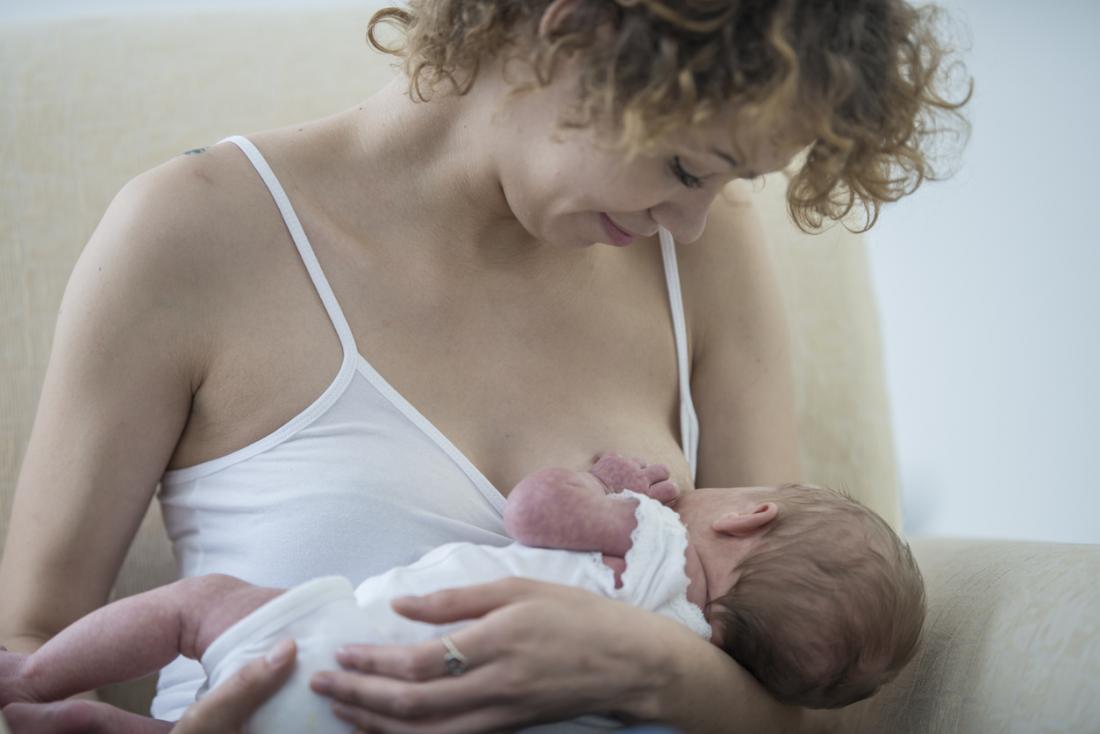 A review of several studies has found strong evidence to suggest that a woman's breast cancer risk can be reduced if she breast-feeds her children.

A report on the review, by the American Institute for Cancer Research (AICR) and the World Cancer Research Fund (WCRF), has been released this week to mark World Breastfeeding Week.

The report offers several possible explanations for how breast-feeding lowers breast cancer risk. One reason is that lactation delays when women start menstruating again after giving birth. This reduces lifetime exposure to hormones such as estrogen, which are linked to increased risk of breast cancer.

Another way in which breast-feeding may lower breast cancer risk is that, after lactation, the breast sheds a lot of tissue during which it may also get rid of cells with damaged DNA, which can give rise to cancer.

The report also suggests that lactation may change the expression of genes in breast cells in a way that exerts a "lasting impact" on the risk of cancer development.

Breast cancer is a disease that develops when abnormal cells in the breast begin to multiply and form a tumor. Although men can also get breast cancer, the disease arises almost always in women.

In the United States, breast cancer is the most common cancer in women, not counting skin cancer.

In line with other agencies such as the World Health Organization (WHO), the AICR recommend that babies are breast-fed exclusively for up to 6 months before introducing other foods. Not only does breast milk provide infants with essential nutrients, it also boosts their immune system and helps to protect them from infection and asthma.

A recent report from the Centers for Disease Prevention and Control (CDC) on U.S. breast-feeding practices suggests that while breast-feeding rates continue to rise, recommendations on how long to breast-feed for and when to introduce other foods are not being met.

The CDC report shows that among babies born in 2013, the vast majority (81.1 percent) started breast-feeding, suggesting that most mothers in the U.S. want to breast-feed and try to do so. But by the time they were 6 months old, only around half (51.8 percent) of the babies were still breast-feeding.

The AICR estimate that a third of breast cancers in the U.S. could be prevented by avoiding alcohol, being more physically active, and maintaining a healthy weight.

The report also suggests that breast-fed babies are less likely to put on too much weight as they grow. This gives them a good start in life, as overweight and obesity in adults raises the risk of developing 11 common cancers, according to AICR research.

"It isn't always possible for moms to breast-feed but for those who can, know that breast-feeding can offer cancer protection for both the mother and the child."

The authors also note that in the future, it is hoped that the evidence will be more specific about subtypes of cancer, how they arise, and how they relate to risk factors. The newest research on breast cancer is beginning to identify subtypes according to the molecular nature of the disease, with different clinical outcomes.

As the authors conclude, "Firm conclusions on likely causal associations for cancer subtypes with more detailed molecular characterization will have to await better epidemiological data."