Processed foods are bad. They are a major contributor to obesity and illness around the world.

How do we know?

Every time a population adopts a Western diet high in processed foods, they get sick.

It happens within a few years. Their genes don't change, their food does. 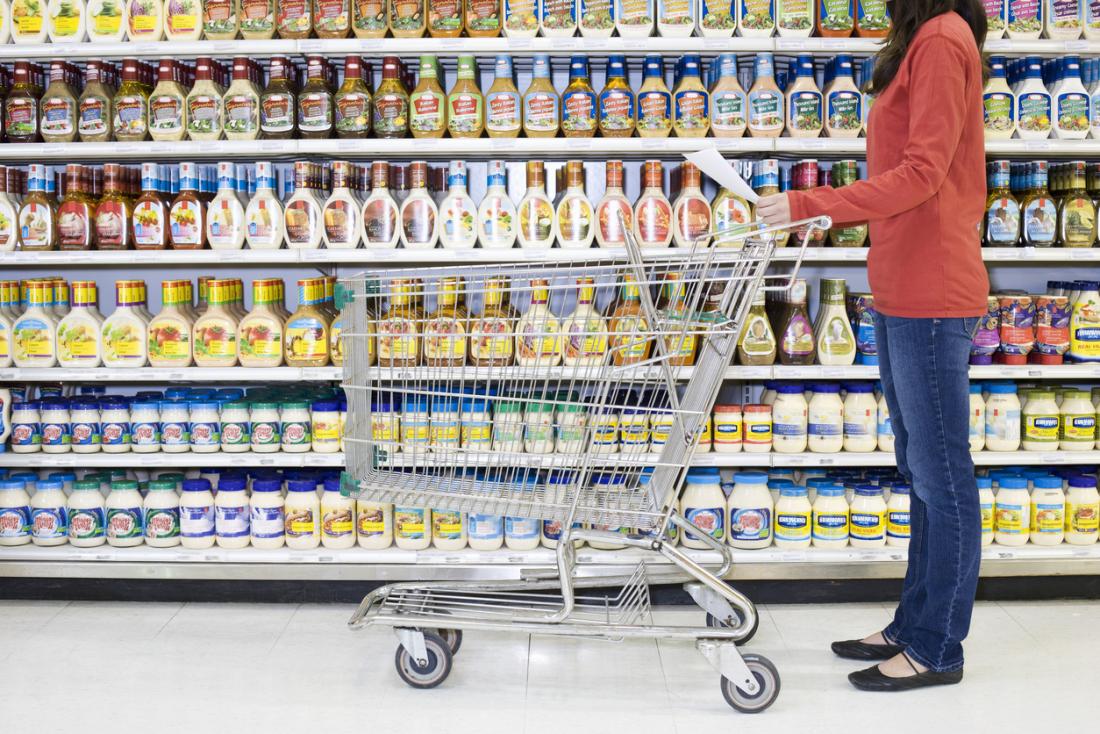 The word "processed" often causes some confusion, so let me clarify what I mean.

Obviously, most foods we eat are processed in some way. Apples are cut from trees, ground beef has been ground in a machine and butter is cream that has been separated from the milk and churned.

If it's a single ingredient food with no added chemicals, then it doesn't matter if it's been ground or put into a jar. It's still real food.

However, foods that have been chemically processed and made solely from refined ingredients and artificial substances, are what is generally known as processed food.

Here are 9 ways that processed foods are bad for your health.

It is well known that sugar, when consumed in excess, is seriously harmful.

As we all know, sugar is "empty" calories - it has no essential nutrients, but a large amount of energy.

But empty calories are really just the tip of the iceberg when it comes to the harmful effects of sugar...

Many studies show that sugar can have devastating effects on metabolism that go way beyond its calorie content (1).

It can lead to insulin resistance, high triglycerides, increased levels of the harmful cholesterol and increased fat accumulation in the liver and abdominal cavity (2, 3).

Not surprisingly, sugar consumption is strongly associated with some of the world's leading killers... including heart disease, diabetes, obesity and cancer (4, 5, 6, 7, 8).

Most people aren't putting massive amounts of sugar in their coffee or on top of their cereal, they're getting it from processed foods and sugar-sweetened beverages.

Bottom Line: Processed foods and beverages are the biggest sources of added sugar (and HFCS) in the diet. Sugar is very unhealthy and can have serious adverse effects on metabolism when consumed in excess.

Evolution provided us with taste buds that are supposed to help us navigate the natural food environment.

Our appetite gravitates towards foods that are sweet, salty and fatty, because we know such foods contain energy and nutrients that we need for survival.

Obviously, if a food manufacturer wants to succeed and get people to buy their product, it has to taste good.

But today, the competition is fierce. There are many different food manufacturers, all competing with each other.

For this reason, massive resources are spent on making foods as desirable as possible.

Many processed foods have been engineered to be so incredibly "rewarding" to the brain, that they overpower anything we might have come across in nature.

We have complicated mechanisms in our bodies and brains that are supposed to regulate energy balance (how much we eat and how much we burn) which, until very recently in evolutionary history, worked to keep us at a healthy weight.

There is quite a lot of evidence that the reward value of foods can bypass the innate defense mechanism and make us start eating much more than we need, so much that it starts to compromise our health (9, 10).

This is also known as the "food reward hypothesis of obesity."

The truth is, processed foods are so incredibly rewarding to our brains that they affect our thoughts and behavior, making us eat more and more until eventually we become sick.

Good food is good, but foods that are engineered to be hyper rewarding, effectively short circuiting our innate brakes against overconsumption, are NOT good.

Bottom Line: Food manufacturers spend massive amounts of resources on making their foods as "rewarding" as possible to the brain, which leads to overconsumption.

That's because many of the ingredients in there aren't actual food... they are artificial chemicals that are added for various purposes.

This is an example of a processed food, an Atkins Advantage bar, which is actually marketed as a low-carb friendly health food. 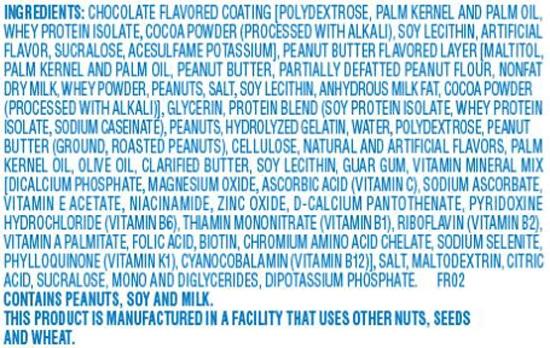 I don't know what this is, but it most certainly isn't food.

Keep in mind that processed foods can contain dozens of additional chemicals that aren't even listed on the label.

For example, "artificial flavor" is a proprietary blend. Manufacturers don't have to disclose exactly what it means and it is usually a combination of chemicals.

For this reason, if you see "artificial flavor" on an ingredients list, it could mean that there are 10 or more additional chemicals that are blended in to give a specific flavor.

Of course, most of these chemicals have allegedly been tested for safety. But given that the regulatory authorities still think that sugar and vegetable oils are safe, I personally take their "stamp of approval" with a grain of salt.

The "hyper-rewarding" nature of processed foods can have serious consequences for some people.

Some people can literally become addicted to this stuff and completely lose control over their consumption.

Although food addiction is something that most people don't know about, I am personally convinced that it is a huge problem in society today.

It is the main reason why some people just can't stop eating these foods, no matter how hard they try.

They've had their brain biochemistry hijacked by the intense dopamine release that occurs in the brain when they eat these foods (11).

This is actually supported by many studies. Sugar and highly rewarding junk foods activate the same areas in the brain as drugs of abuse like cocaine (12).

Bottom Line: For many people, junk foods can hijack the biochemistry of the brain, leading to downright addiction and cause them to lose control over their consumption.

There is a lot of controversy regarding carbohydrates in the diet.

Some people think that the majority of our energy intake should be from carbs, while others think they should be avoided like the plague.

But one thing that almost everyone agrees on, is that carbohydrates from whole foods are much better than refined carbohydrates.

Processed foods are often high in carbs, but it is usually the refined variety.

One of the main problems is that refined, "simple" carbohydrates are quickly broken down in the digestive tract, leading to rapid spikes in blood sugar and insulin levels.

This can lead to carb cravings a few hours later when blood sugar levels go down again. This phenomenon is also called the "blood sugar roller coaster," which many people who have been on a high-carb diet can relate to.

Not surprisingly, eating a lot of refined carbohydrates is associated with negative health effects and many chronic diseases (13, 14, 15).

Do NOT be fooled by labels like "whole grains" that are often plastered on processed food packages, including breakfast cereals.

These are usually whole grains that have been pulverized into very fine flour and are just as harmful as their refined counterparts.

If you're going to eat carbs, get them from whole, single ingredient foods, not processed junk foods.

Bottom Line: The carbohydrates you find in processed foods are usually refined, "simple" carbohydrates. These lead to rapid spikes in blood sugar and insulin levels and cause negative health effects.

In some cases, synthetic vitamins and minerals are added to the foods to compensate for what was lost during processing.

However, synthetic nutrients are NOT a good replacement for the nutrients found in whole foods.

Also, let's not forget that real foods contain much more than just the standard vitamins and minerals that we're all familiar with.

Real foods... like plants and animals, contain thousands of other trace nutrients that science is just beginning to grasp.

Maybe one day we will invent a chemical blend that can replace all these nutrients, but until that happens... the only way to get them in your diet is to eat whole, unprocessed foods.

The more you eat of processed foods, the less you will get of vitamins, minerals, antioxidants and various trace nutrients.

One of the main ones is that it functions as a prebiotic, feeding the friendly bacteria in the intestine (16, 17).

There is also evidence that fiber can slow down the absorption of carbohydrates and help us feel more satisfied with fewer calories (18, 19).

Soluble fiber can also help treat many cases of constipation, which is a very common problem today (20).

The fiber that is found naturally in foods is often lost during processing, or intentionally removed. Therefore, most processed foods are very low in fiber.

Bottom Line: Soluble, fermentable fiber has various important health benefits, but most processed foods are very low in fiber because it is lost or intentionally removed during processing.

Food manufacturers want their processed food products to have a long shelf life.

They also want each batch of the product to have a similar consistency and they want their foods to be easily consumed.

Given the way foods are processed, they are often very easy to chew and swallow. Sometimes, it's almost as if they melt in your mouth.

Most of the fiber has been taken out and the ingredients are refined, isolated nutrients that don't resemble the whole foods they came from.

One consequence of this is that it takes less energy to eat and digest processed foods.

We can eat more of them in a shorter amount of time (more calories in) and we also burn less energy (fewer calories out) digesting them than we would if they were unprocessed, whole foods.

One study in 17 healthy men and women compared the difference in energy expenditure after consuming a processed vs a whole foods-based meal (21).

They ate a sandwich, either with multi-grain bread and cheddar cheese (whole foods) or with white bread and processed cheese (processed foods).

It turned out that they burned twice as many calories digesting the unprocessed meal.

According to this study, people who eat processed food will cut their TEF in half, effectively reducing the amount of calories they burn throughout the day.

Bottom Line: We only burn half as many calories digesting and metabolizing processed foods compared to whole foods.

They usually contain cheap fats, refined seed- and vegetable oils (like soybean oil) that are often hydrogenated... which turns them into trans fats.

Vegetable oils are extremely unhealthy and most people are eating way too much of them already.

These fats contain excessive amounts of Omega-6 fatty acids, which can drive oxidation and inflammation in the body (22, 23).

Several studies show that when people eat more of these oils, they have a significantly increased risk of heart disease, which is the most common cause of death in Western countries today (24, 25, 26).

If the fats are hydrogenated, that makes them even worse. Hydrogenated (trans) fats are among the nastiest, unhealthiest substances you can put into your body (27).

The best way to avoid seed oils and trans fats is to avoid processed foods. Eat real fats like coconut oil and olive oil instead.

When we replace real foods like fish, meat, fruit and vegetables with processed junk foods, we increase our risk of illness and poor health.

Real food is the key to good health, processed food is not. Period.