Why baboons may provide clues about human gut microbiome

Great apes, such as the gorilla and the chimpanzee, are the primates that are genetically the closest to humans. Yet new research suggests that if we want to find out more about how the human gut microbiome has evolved, we should turn to another class of primates: Old World monkeys. 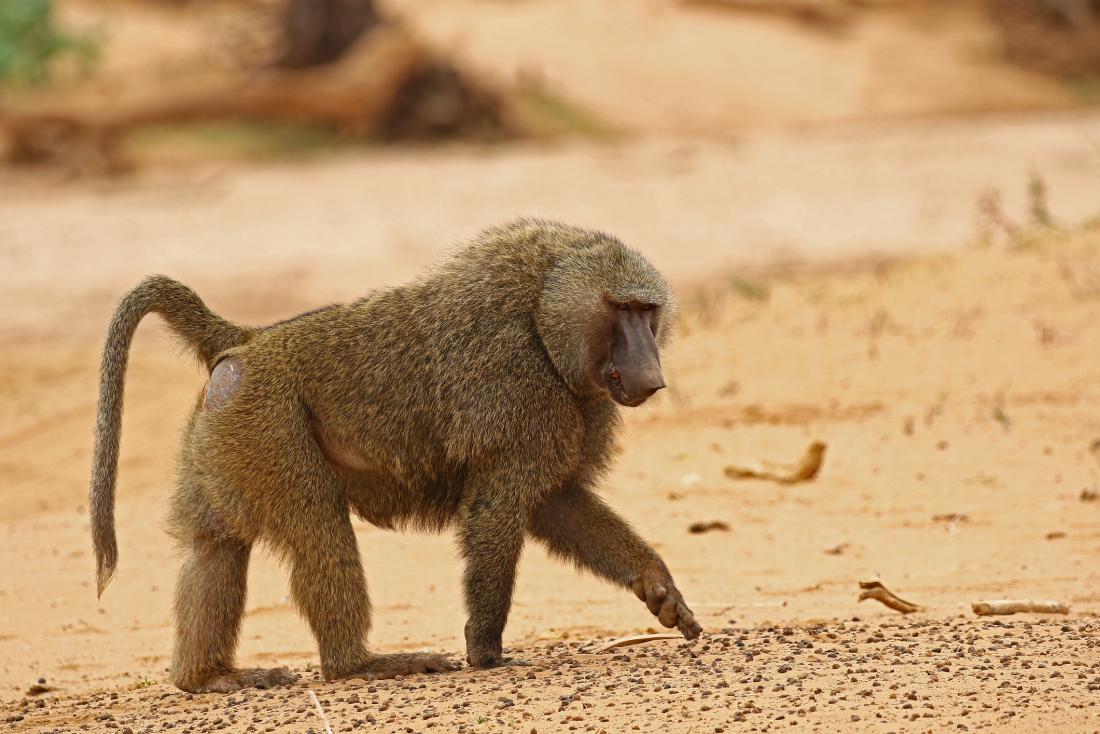 Researchers turn from chimpanzees to baboons in a bid to find out more about the evolution of the human gut.

Humans are most closely related to the family of primates known as “great apes,” which include gorillas, orangutans, chimpanzees, and bonobos.

Of these, bonobos and chimpanzees are the closest to us, as they share almost .

For this reason, scientists often turn to these primates when they want to find out more about how humans’ biological mechanisms may have evolved through the ages.

But the genetic proximity of humans and great apes may not be so useful when it comes to studying the evolution of the gut microbiome. At least this is what researchers from Northwestern University in Evanston, IL, are saying in a new study that appears in .

“Understanding what factors shaped the human gut microbiome over evolutionary time can help us understand how gut microbes may have influenced adaptation and evolution in our ancestors and how they interact with our biology and health today,” explains lead author Katherine Amato, who is an assistant professor of anthropology in the Weinberg College of Arts and Sciences at Northwestern University.

To do so, she continues, “[w]e need to look to primates with similar ecology and physiology as humans to understand the human gut microbiome.”

These primates, she and her colleagues argue in their paper, are not great apes but Old World monkeys. These animals inhabit parts of the so-called Old World: Asia, Africa, and Europe. This family of primates includes baboons and macaques.

“Chimpanzees are often assumed to be the best models for humans in many aspects of science due to their high relatedness to us. Our results show that this assumption is incorrect for the gut microbiome,” says Amato.

In their study, Amato and colleagues compared the gut microbiome composition of 14 populations of humans belonging to 10 different nations with those of 18 species of wild, nonhuman primates.

This comparison led to a surprising finding — generally speaking, the human gut microbiome most closely resembles that of Old World monkeys, primarily baboons.

According to the researchers, this suggests that what may have been most important in the evolution of the gut microbiome is not genetical and physiological evolution, but host ecology — the habitats of humans and other primates.

Thus, it makes sense that human microbiota should be closest to the gut microbiota of primates that have evolved in similar environments and that have historically had similar diets.

Chimpanzees, the researchers explain, primarily eat fruit, and their digestive systems have evolved to accommodate this diet. But baboons are opportunistic eaters. As a result, they have more diverse diets, which sometimes even include meat, making their food consumption patterns closer to those of humans.

“This has implications for human evolution and microbial roles in it, as well as for microbial impacts on modern human health. We also need to start considering host ecology more carefully when we are choosing models for human microbiome research.”

In the future, Amato and team plan to take the comparison between humans and Old World monkeys further by looking more closely not just at gut microbiome composition but also at gut microbial functions.

“Pinpointing these relationships will provide further insight into the services gut microbes may have provided humans across evolution,” says Amato.