Despite all the alarming health problems associated with smoking tobacco cigarettes, many people today are addicted and cannot find a way to give up permanently. The E-cigarette, or electronic cigarette, is a healthier alternative that many heavily addicted smokers have switched over to, says the E-cigarette industry.

However, the industry has yet to produce results of large-scale randomized human studies to back their claims.

“E-cigarettes have already helped thousands of people, including actress Katherine Heigl. Users say it looks and feels like smoking a real cigarette. The E-cigarette even has the glowing red tip; but unlike a tobacco cigarette, it produces an odorless water vapor – there is no smoke; you don’t light it.”

E-cigarettes, or vapor cigarettes, work by superheating a cartridge that gives the smoker a dose of nicotine in the form of water vapor. This vapor can be flavored with cherry, chocolate, vanilla, tobacco, and menthol. The body absorbs the nicotine and then exhales this water vapor, which the industry claims leaves no harm to the person or its surroundings. Sellers of E-cigarettes say the water vapor has no chemicals or carcinogens (cancer causing substances) – it cannot cause second-hand harm to others or the environment – i.e. there is no second hand smoke (passive smoking).

A survey carried out by researchers from the University of Alberta, School of Public Health found that most E-cigarette users are switching over as a complete replacement for cigarettes.

The following is a quote provided by The Electronic Cigarette Hub – James Kenton from Pittsburg, PA, switched to e cigs and could not be happier.

“I made the switch to e-cigarettes and it is the best decision I have ever made. I feel great and am not waking up congested or short of breath anymore. My family is very proud of me and so am I. I no longer smell like an ashtray and do not have to worry about the smell bothering my son when I am holding him. My wife also seems to want to get a little closer to me more often also. I m so thankful for the creation of e-cigarettes.”

Although James Kenton appears to have benefited greatly, this is not scientific proof that the benefits of E-cigarettes far outweigh possible harms.

The industry adds that by switching to e-cigarettes, smokers will be able to use their new smoke-free device in restricted areas where tobacco smoking is forbidden, such as bars, hotel rooms, airports, and restaurants.

The Electronic Cigarette Hub claims that with these devices the user’s teeth will not turn yellow and lungs will not be damaged, because they contain no tar or other harmful toxins.

The controversy regarding benefits or adverse effects of electronic cigarettes

Health organizations and researchers have diverging opinions and concerns regarding the benefits and potential harms of E-cigarettes. There are very few scientifically-controlled studies of E-cigarettes because of their relatively recent invention and even more recent popularity.

In many US states and countries around the world, legislation related to E-cigarettes are either unclear, or vary widely.

Anti-smoking groups wonder whether these devices might appeal to non-smokers, resulting in an increase in nicotine addiction. A significant number of scientists and lay people would like the industry’s claim of safety to be scientifically tested.

The AAPHP (American Association of Public Health Physicians), in April 2010, said that it supported the sale of E-cigarettes to adults “because the possibility exists to save the lives of four million of the eight million current adult American smokers who will otherwise die of a tobacco-related illness over the next twenty years.” The Association emphasized that it is definitely against the sale of these devices to people under 18 years of age, and that the FDA (Food and Drug Administration) should reclassify E-cigarettes as tobacco products rather than a drug/device combination. Many wonder how this is possible, because the devices contain no tobacco.

Electronic cigarettes are probably the only legal recreational products that require inhalation – most others are sold at pharmacies and are aimed at alleviating symptoms of a condition or illness, such as a bad cold or asthma. The exception being tobacco products, which are legally consumed in various ways, including smoke inhalation. Burning scents for their pleasant and relaxing smells does not require placing something in your mouth and deliberately inhaling, as is the case with electronic and tobacco cigarettes. 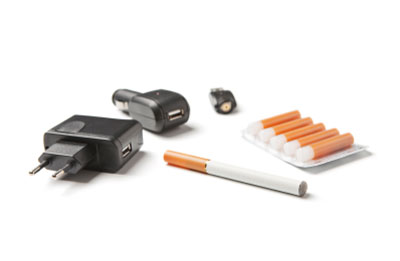 A large-scale study of electronic cigarettes is needed

In February this year, an electronic cigarette exploded while a man was using it, knocking out some of his teeth and causing serious skin burns on his face, according to officials from North Bay Fire Department, Florida. Some media sources later reported that the man had tampered with the battery in the device. (Link to article)

A Boston University School of Public Health study, which was published in the American Journal of Preventive Medicine, found that 31% of 222 respondents in an online survey said they had not smoked any tobacco products since buying the electronic cigarette six months previously. The authors said that compared to an abstinence rate of between 12 and 18% achieved with nicotine patches and gum, E-cigarettes may be a promising tool to help smokers quite.

“This study suggests that electronic cigarettes are helping thousands of ex-smokers remain off cigarettes.”

“Findings suggest that e-cigarettes may hold promise as a smoking-cessation method and that they are worthy of further study using more-rigorous research designs.”

Further reading: “What are Electronic Cigarettes?”