A recent investigation into the microbiome of bats finds that they follow different rules to other mammals. The authors wonder whether these differences might make them more susceptible to environmental changes. 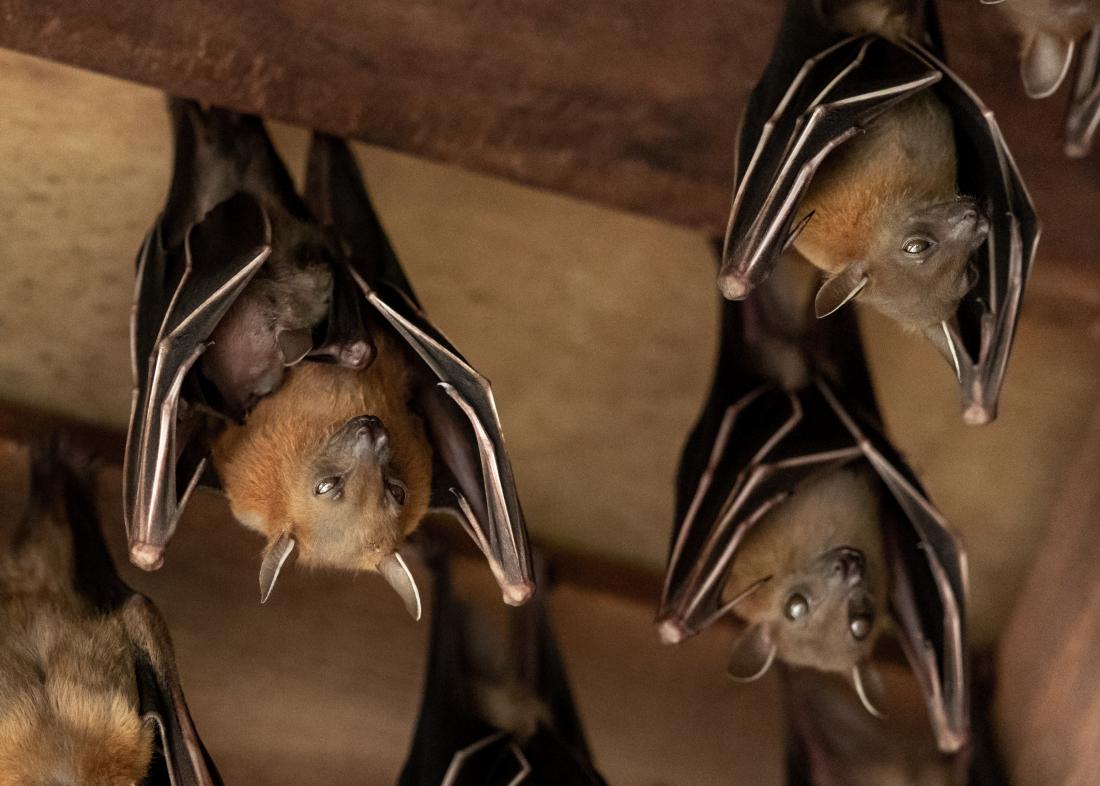 A new paper investigates the gut bacteria of bats.

Gut bacteria are vital to human health. Our resident microbes help us digest food, but their role extends further than simply processing it.

Scientists are finding increasing evidence that our gut bacteria might play a part in a range of health conditions.

Humans are not alone when it comes to a microbiome. All mammals, indeed most animals, have a legion of microbes that live on them and in them.

This tendency of the microbiome to match closely between two related species is called phylosymbiosis.

A surprising new study finds that this rule does not apply to bats. The scientists published their results in the journal mSystems.

In the current study, the scientists found that even closely related bat species have significantly different microbiomes. This infers that gut bacteria might not be as crucial to bats.

“It shifts the paradigm we’ve been operating under, that animals require microbes for digestion and nutrient acquisition. That’s true for us, but it may not be true for all species.”

To investigate bats’ gut bacteria, the researchers took samples from the skin, tongues, and guts of 497 bats. In all, they analyzed 31 species from Uganda and Kenya.

The scientists compared the genetic material present in these samples to build a picture of the species residing in specific areas of each bat.

Firstly, the authors noted that there was more bacterial diversity on the skin than in the mouth or gut. This finding is in line with research in other mammals.

However, bats differed from other mammals in one striking way — their microbiomes do not appear to follow an evolutionary pattern. In other words, bats do not demonstrate phylosymbiosis.

Earlier studies have hinted at this divergence from the rule, but previous studies have not had access to such a wide range of wild species.

She continues, “You’d expect to see similar microbiomes in closely-related bat species if these animals depended strongly on their bacteria for survival. This is largely what we’ve seen in other mammals that have been studied, but it’s just not there in bats.”

The best predictor of the types of bacteria found in a bat species’ gut was where it lives. In other words, if two bats of the same species lived in different locations where they had access to different foods, their microbiome would be very different. However, if they lived side by side in the same ecological niche, it is more than likely that their microbiomes would be similar.

The researchers also found that bats living at higher altitudes had a more diverse microbiome. According to the authors, a relationship between elevation and microbial diversity has previously “been observed in studies of amphibian skin and montane soil.”

A phylum of bacteria known as Firmicutes usually dominates mammal gut microbiomes. Here, again, bats differ. The bat microbiome has a relative abundance of Proteobacteria, which is more reminiscent of birds.

Why are bats different?

The authors believe that this unusual finding might be due to bats’ innovative mode of transport — they are the only mammals to have achieved powered flight (rather than gliding). To stay airborne, the anatomy of the bat has had to adapt.

Compared with other mammals of a similar size, bats have a short gut, which means they carry less intestinal tissue and less food. Scientists believe that this adaptation helped them reduce weight, making flying less energy intensive.

As Lutz explains, if you are flying, “you can’t be carrying around nonessentials.”

Thanks to their shorter gut, food travels the length of a bat’s digestive system in just 15–30 minutes. A shorter bowel might mean that bats have never had a chance to form tight links with their bacterial stowaways.

From an ecological point of view, the scientists wonder whether changes to the environment might be particularly damaging for bats. Having a stable population of gut bacteria helps keep the immune system healthy.

If a bats’ gut bacteria changes in response to its surroundings, any environmental alterations could have implications for their immune system, too.

“Bats may be very susceptible to environmental change. If they have a transient microbiome, they might not have the most stable defense mechanisms. Human-caused disturbances to the environment are a very important issue. Bats may be extra fragile and more at risk.”

However, it might be that bats are simply less reliant on their microbiome than other mammals.

The world of the microbiome is detailed and nuanced; as ever, researchers need to carry out much more work.