Should I worry about H5N1 bird flu?

Medically reviewed by Jill Seladi-Schulman, Ph.D. on May 23, 2017 — Written by Yvette Brazier

Avian flu, or bird flu, refers to a group of infectious diseases caused by influenza viruses that infect birds and make them ill. One subtype of bird flu is H5N1.

H5N1 is a severe infection with a high mortality rate.

The first outbreak of H5N1 bird flu was in December 2003.

Since then, over 700 cases have been reported, in Africa, Asia, and Europe. The highest numbers have been in Indonesia, Vietnam, and Egypt.

The most recent case of H5N1 was reported in Malaysia in March 2017. It killed a number of chickens, but no human cases were reported.

It is not easy for humans to catch it, but it is fatal in 60 percent of cases.

Here are some facts about avian flu. More detail is in the main article. 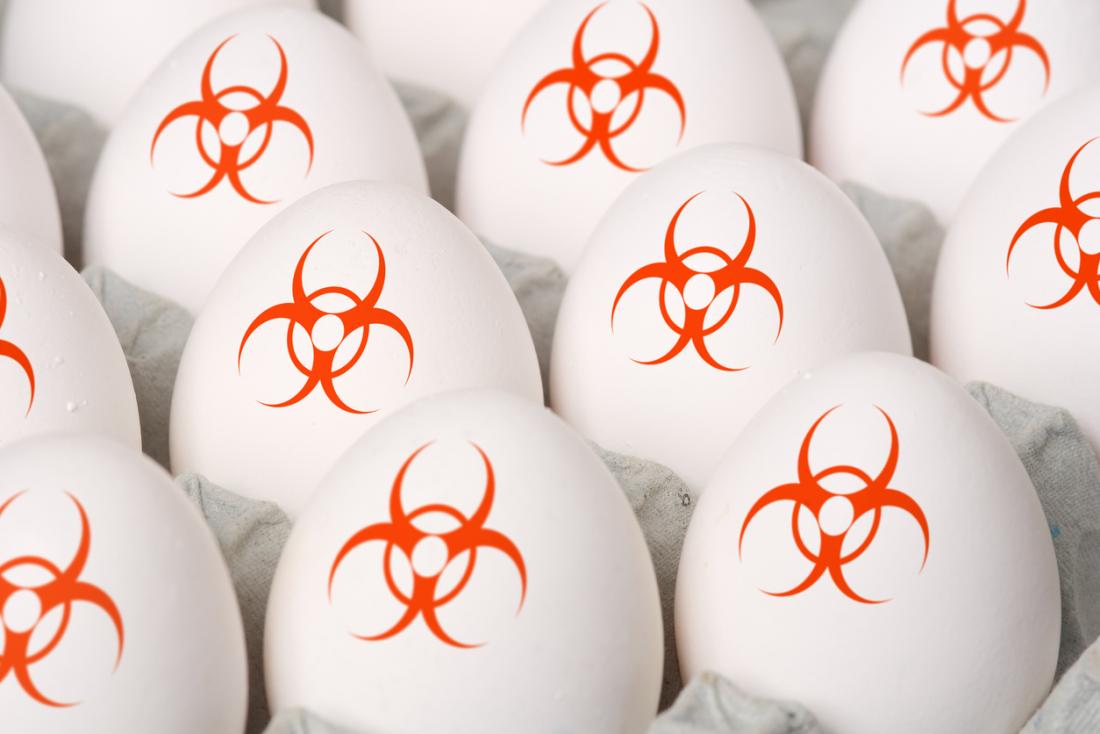 Avian flu is transferred from birds to humans and is fatal in 60 percent of cases.

Type A strains of the influenza virus cause H5N1 avian flu.

H5N1 affects several types of birds. It has mostly been reported in farmed poultry, such as chickens, geese, turkeys, and ducks.

However, in January 2015 it was found in a wild duck in the United States (U.S.), and it has also been isolated in pigs, cats, dogs, stone martens, and lions and tigers in captivity.

The virus passes easily between birds, through their saliva, nasal secretions, feces, and feed. They can get the virus from tainted surfaces, such as cages and other farming equipment.

Most people with the virus have had direct contact with infected poultry or objects contaminated with bird feces or secretions.

Until now, very few cases of human-to-human transmission have occurred. However, if H5N1 were to mutate so that it can pass easily between humans, a pandemic could result.

Some patients develop pneumonia and breathing difficulties. This occurs around 5 days after the first symptoms appear.

Humans can become infected and ill after coming into contact with infected birds.

The following have been linked to human illness:

Eating cooked poultry or eggs does not cause infection.

However, people should cook poultry until the internal temperature is at least 165 degrees Fahrenheit or 74 degrees centigrade, and eggs until both the white and yolk are firm.

Bird droppings can contain the virus, and they can contaminate feed, equipment, vehicles, shoes, clothing, soil, dust and water. The feet and bodies of animals can also carry the H5N1 virus.

Early diagnosis can improve the outcome of treatment.

A doctor will look at the patient’s signs and symptoms, and ask about any recent travel, and any contact with birds.

A respiratory specimen will be collected and sent to the lab. People should receive tests within 4 to 5 days of symptoms appearing.

In 2009, the FDA approved the AVantage A/H5N1 Flu Test, which detects influenza A/H5N1, or bird flu, from nose or throat swabs collected from patients with flu-like symptoms.

In less than 40 minutes, the test can identify a specific protein (NS1) that indicates the presence of A/H5N1 virus subtype.

However, H5N1 is relatively rare, so a physician would not expect to see it unless a person had been in contact with birds or had recently been in a place where H5N1 infection is likely to occur.

According to the WHO, antiviral medications can suppress viral replication and improve outcomes for patients. Antivirals can prevent some cases from becoming fatal.

Oseltamivir (Tamiflu) should be administered within 48 hours after symptoms appear, for best effect. However, as mortality rates are high, doctors may prescribe oseltamivir after this time.

The dose and length of treatment will depend on how severe the case is. Patients with gastrointestinal problems may not be able to absorb the drug as effectively as others.

Studies suggest that some cases may be resistant to this treatment.

Patients who are diagnosed with or suspected of having avian flu or should remain at home, or remain isolated in the hospital.

Complications, such as bacterial pneumonia, are common in patients with H5N1. These patients will need antibiotics, and some may need extra oxygen.

It is not possible to prevent bird flu from spreading, but the authorities can help communities prepare for possible infections by monitoring bird migration patterns.

Vaccination exists for human seasonal flu, but not for bird flu.

According to the World Health Organization (WHO), a vaccine for H5N1 exists, but it is not yet ready for widespread use.

Individuals can minimize the spread of different types of flu, bird flu and other infections by taking some precautions.

Coughing: Cough in to an elbow or a tissue. Carefully disposed of the tissue. If you cough into the hand and then touch some item, another person can pick up the virus from that item.

Isolation: Those who are sick should stay away from public places and avoid contact with people, where possible.

The WHO note that the seasonal flu jab does not appear to protect against H5N1.

When preparing foods, do not use the same utensils for cooked and raw meats. Before and after handling raw poultry, wash your hands with soap and water.

Do not go near a dead or sick bird. Call the relevant local authority to report any sightings of dead animals. Those who work with domestic birds should follow local and national guidelines.

Anyone traveling to an area where avian influenza may be present should avoid live animal markets and poultry farms, and stay away from bird feces.

Will there be a pandemic?

A human cannot easily become infected with bird flu, and it is even less likely that it will pass from one person to another.

However, if a person has seasonal human flu and then becomes co-infected with bird flu, the H5N1 virus could conceivably exchange genetic information with the human flu virus. In this way, H5N1 could gain the ability to spread between people.

Controlling outbreaks of both human and bird flu may help reduce the likelihood of them coming into contact with each other and creating a new strain.

Medically reviewed by Jill Seladi-Schulman, Ph.D. on May 23, 2017 — Written by Yvette Brazier