Ovarian cancer sniffed out by dogs

Researchers are looking to create a breakthrough method of detecting ovarian cancer – by using dogs to sniff out the disease.

A group of researchers collaborated to investigate using canine olfaction and chemical and nanotechnology analysis as a means of detecting early-stage ovarian cancer.

The collaboration was between the Working Dog Center of the University of Pennsylvania School of Veterinary Medicine, the physics and astronomy department of Penn’s School of Arts and Science, Penn’s Gynecologic Oncology division and the Monell Chemical Senses Center.

Physicians currently use the senses of light, sound and touch to help diagnose ovarian cancer in women. But the researchers say the sense of smell will now play an important part.

Volatile organic compounds (VOC) – or odorants, are altered in the early stages of ovarian cancer. The researchers say that previous studies have shown that trained detection dogs, alongside specific electronic devices, are able to detect minute quantities of odorants.

Patients from Penn Medicine, with and without ovarian cancer, have donated tissue and blood samples to the Working Dog Center to assist in their research. 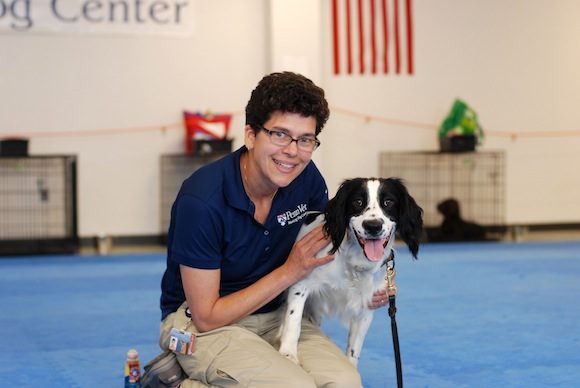 The project is already under way, with three dogs being trained to sniff out the odorants that indicate a woman has ovarian cancer:

George Preti, an analytical chemist at the Monell center and adjunct professor in Penn Medicine’s Department of Dermatology, says:

“Prior to the advent of modern quantitative clinical testing, physicians used olfaction to help with disease diagnosis.

In this research, we are reaching back to move forward by using sensitive biological and analytical sensors to detect ovarian cancer’s odorous signature.”

Ovarian cancer accounts for around 3% of all cancers in women, and mainly develops in older women aged over 63. , 22,240 women in the US will receive a new diagnosis of ovarian cancer this year, and 14,230 women will die from the disease.

The researchers say that an effective screening strategy does not currently exist for the detection of ovarian cancer. Any advancement in diagnosis of ovarian cancer could have an important impact on overall survival from the disease. 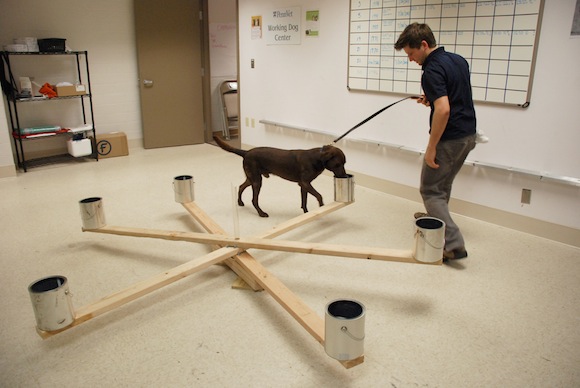 Researchers at the Working Dog Center have begun training three dogs to sniff out odorants that indicate the presence of ovarian cancer.

By utilizing the acute sense of smell in detection dogs in conjunction with chemical and nanotechnology methods, we hope to develop a new system of screening for ovarian cancer using analysis of odorants to facilitate early detection and help decrease future cancer deaths.”

The researchers add that future studies will look at determining the most suitable tissue for evaluation, and measuring odor differences among various tumor grades.