How marijuana (cannabis) affects the body

Cannabis is the dried and ground up or shredded parts of the cannabis plant. Nearly all parts of the plant make up cannabis, including the leaves, stem, flowers, and seeds. As with other medications and procedures, cannabis use can potentially bring both positive and negative effects.

Many effects of cannabis are short-term, meaning that they last for only a short period. Other effects are long-term and may not show up immediately.

Often, a person will smoke cannabis to feel its effects. However, a person could also:

The following article discusses some of the potential benefits and side effects that cannabis has on the body.

Some of the most common effects on physical health from cannabis use include:

When people use it medically, cannabis is often useful for the following: 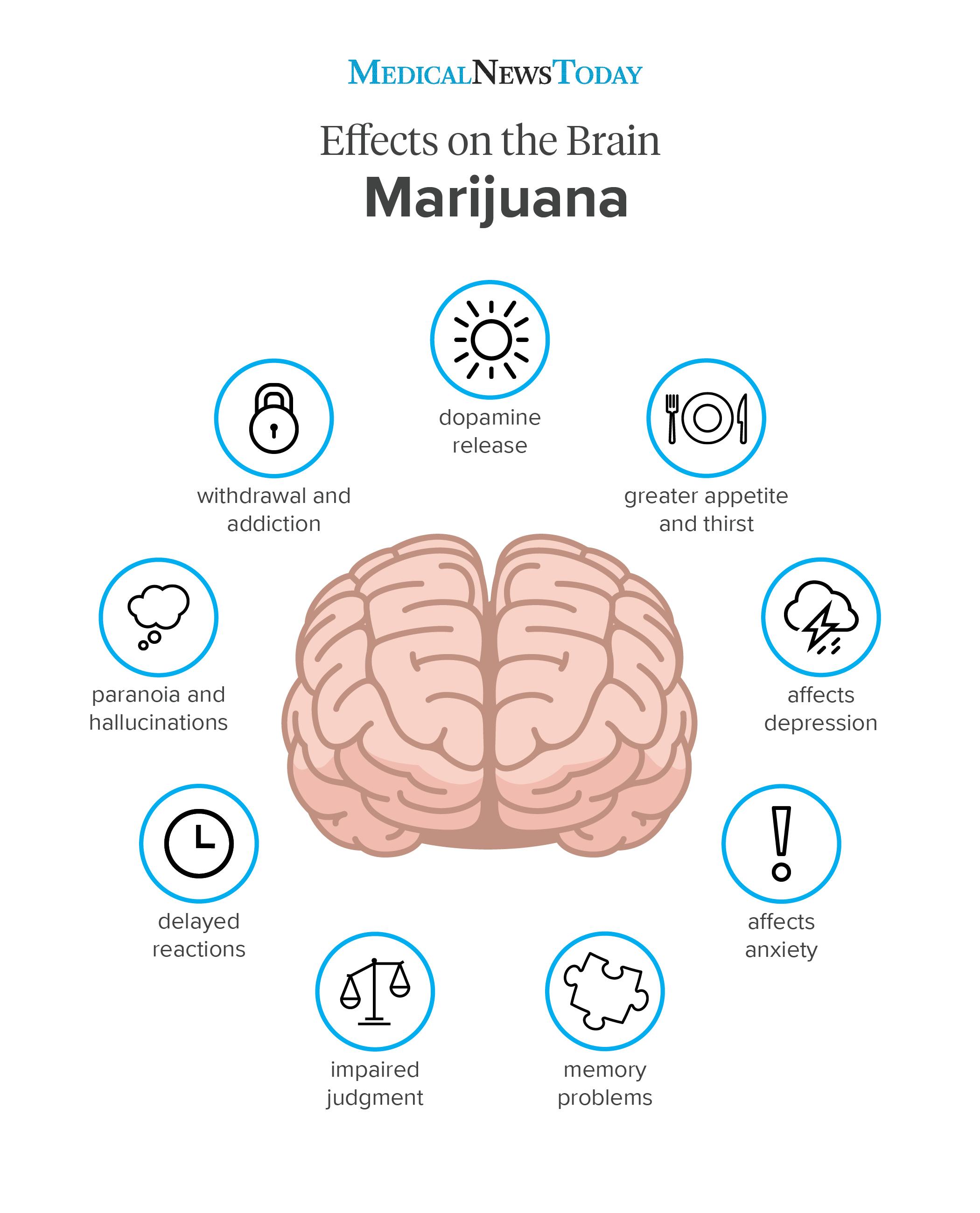 Some of the most common effects a person may experience include:

Cannabis has many potential psychological effects, and it is worth noting that this is not a comprehensive list.

Cannabis is only potentially safe for use by adults.

Children and teenagers are susceptible to potential ill effects. When a mother uses cannabis while pregnant, the baby may develop memory and concentration issues as they grow.

Breastfeeding mothers who also use cannabis may be exposing their baby to its potentially harmful effects. Women should avoid using cannabis while pregnant and breastfeeding.

Cannabis may affect the brain development of older children and teenagers. This can lead to memory loss, concentration issues, and impaired problem-solving skills.

strongly suggests that for those under 25 years of age, cannabis use can impair memory and learning ability.

Long-term effects depend on several factors, including:

Some of the potential long-term effects include the following:

Cannabis has many potential short- and long-term effects on the body. Although many proponents believe that cannabis is a modern day cure-all, others believe that its negative effects outweigh its potential medicinal benefits.

People have used cannabis recreationally for many years. As of 2019, 34 states in the United States have some form of legal cannabis. A few states have also legalized its recreational use.

In states where recreational use is still not legal, people should consider other approaches and speak to their healthcare provider about what is best for them.