What you should know about dehydration

Dehydration occurs when more water and fluids leave the body than enter it. Even low levels of dehydration can cause headaches, lethargy, and constipation.

The human body is roughly 75 percent water. Without this water, it cannot survive. Water is found inside cells, within blood vessels, and between cells.

A sophisticated water management system keeps our water levels balanced, and our thirst mechanism tells us when we need to increase fluid intake.

Although water is constantly lost throughout the day as we breathe, sweat, urinate, and defecate, we can replenish the water in our body by drinking fluids. The body can also move water around to areas where it is needed most if dehydration begins to occur. 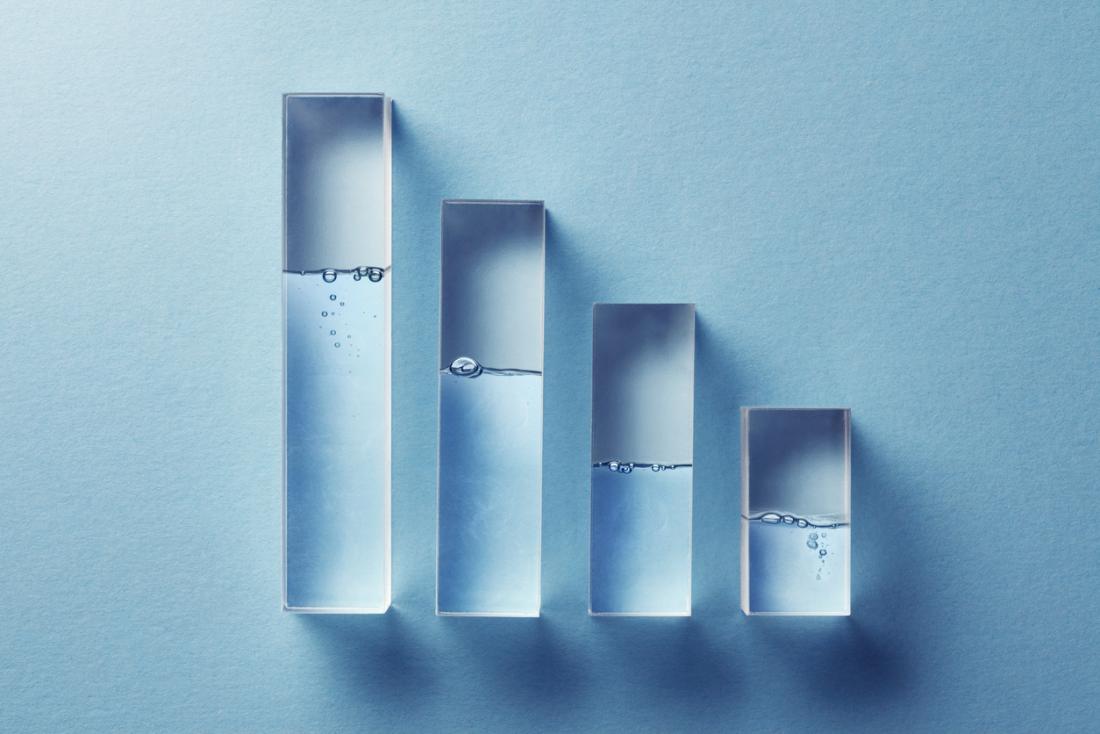 Dehydration is easy to remedy but can be serious if left unchecked.

As the condition progresses to moderate dehydration, symptoms include:

Severe dehydration (loss of 10-15 percent of the body’s water) may be characterized by extreme versions of the symptoms above as well as:

The basic causes of dehydration are not taking in enough water, losing too much water, or a combination of both.

Sometimes, it is not possible to consume enough fluids because we are too busy, lack the facilities or strength to drink, or are in an area without potable water (while hiking or camping, for example). Additional causes of dehydration include:

Diarrhea – the most common cause of dehydration and related deaths. The large intestine absorbs water from food matter, and diarrhea prevents this from happening. The body excretes too much water, leading to dehydration.

Vomiting – leads to a loss of fluids and makes it difficult to replace water by drinking it.

Sweating – the body’s cooling mechanism releases a significant amount of water. Hot and humid weather and vigorous physical activity can further increase fluid loss from sweating. Similarly, a fever can cause an increase in sweating and may dehydrate the patient, especially if there is also diarrhea and vomiting.

Frequent urination – usually caused by uncontrolled diabetes, but also can be due to alcohol and medications such as diuretics, antihistamines, blood pressure medications, and antipsychotics.

Although dehydration can happen to anyone, some people are at a greater risk. Those at most risk include: 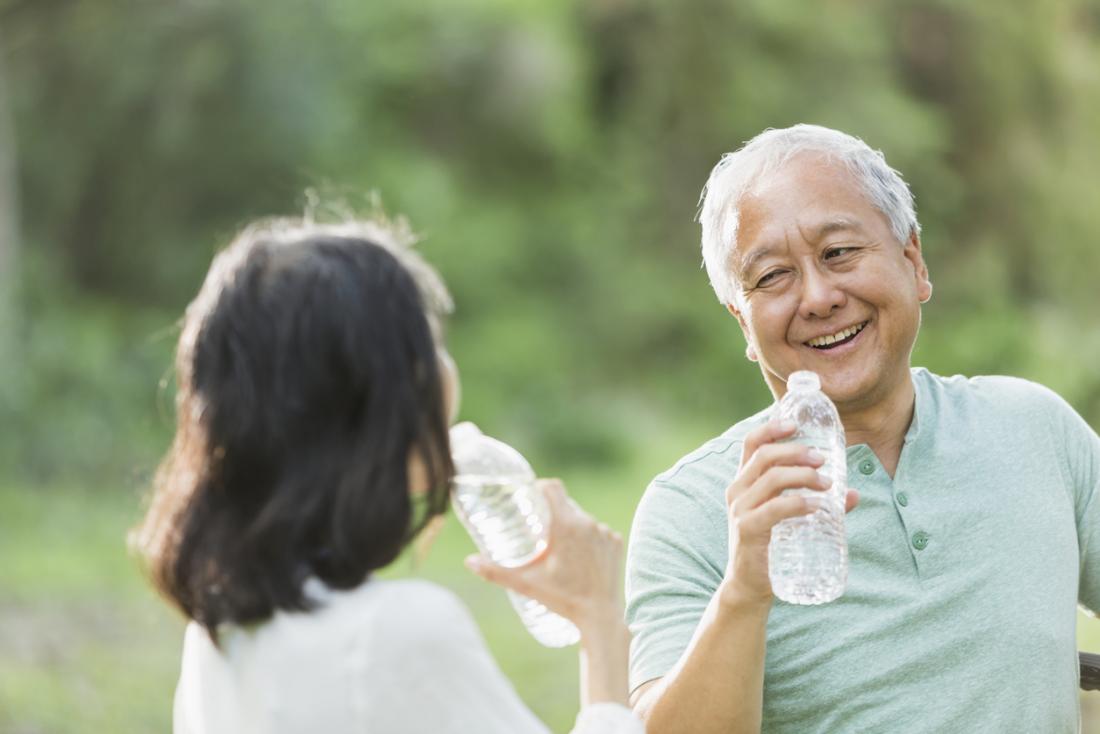 Dehydration in older adults is also common; sometimes this occurs because they drink less water so that they do not need to get up for the toilet as often. There are also changes in the brain meaning that thirst does not always occur.

If dehydration is not checked, it can lead to serious complications; these can include:

Low blood volume – less blood produces a drop in blood pressure and a reduction in the amount of oxygen reaching tissues; this can be life threatening.

Seizures – due to an imbalance of electrolytes.

Heat injury – ranging from mild cramps to heat exhaustion or even heat stroke.

A doctor will use both physical and mental exams to diagnose dehydration. A patient presenting symptoms such as disorientation, low blood pressure, rapid heartbeat, fever, lack of sweat, and inelastic skin will usually be considered dehydrated.

Blood tests are often employed to test kidney function and to check sodium, potassium, and other electrolyte levels. Electrolytes are chemicals that regulate hydration in the body and are crucial for nerve and muscle function. A urine analysis will provide very useful information to help diagnose dehydration. In a dehydrated person, urine will be darker in color and more concentrated – containing a certain level of compounds called ketones.

To diagnose dehydration in infants, doctors usually check for a sunken soft spot on the skull. They may also look for a loss of sweat and certain muscle tone characteristics.

Dehydration must be treated by replenishing the fluid level in the body. This can be done by consuming clear fluids such as water, clear broths, frozen water or ice pops, or sports drinks (such as Gatorade). Some dehydration patients, however, will require intravenous fluids in order to rehydrate. People who are dehydrated should avoid drinks containing caffeine such as coffee, tea, and sodas.

Underlying conditions that are causing dehydration should also be treated with the appropriate medication. This may include medication available to purchase over-the-counter or online, such as anti-diarrhea medicines, anti-emetics (stop vomiting), and anti-fever medicines.

Prevention is really the most important treatment for dehydration. Consuming plenty of fluids and foods that have high water content (such as fruits and vegetables) should be enough for most people to prevent dehydration.

People should be cautious about doing activities during extreme heat or the hottest part of the day, and anyone who is exercising should make replenishing fluids a priority.

Since the elderly and very young are most at risk of being dehydrated, special attention should be given to them to make sure they are receiving enough fluids.

Video: Signs of dehydration – how to prevent it