Everything you need to know about nicotine

The safety and long-term health effects of using e-cigarettes or other vaping products still aren’t well known. In September 2019, federal and state health authorities began investigating an . We’re closely monitoring the situation and will update our content as soon as more information is available.

Nicotine is a chemical that contains nitrogen, which is made by several types of plants, including the tobacco plant. It is also produced synthetically.

While not cancer-causing or excessively harmful on its own, nicotine is heavily addictive and exposes people to the extremely harmful effects of tobacco dependency.

Smoking is the in the United States. 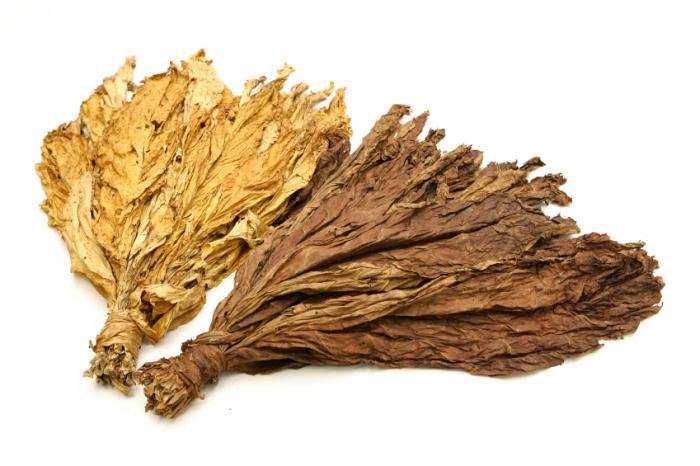 Nicotiana tabacum, the type of nicotine found in tobacco plants, comes from the nightshade family

The tobacco plant is indigenous to the Americas and has been used as a medicine and stimulant for at least 2,000 years.

It is not known how tobacco first reached Europe. However, Christopher Columbus is often thought to have discovered tobacco while exploring the Americas for the first time.

The smoking of pipes and cigars spread quickly throughout the 1600s. The plant divided opinion when it was introduced to Europe. Some saw tobacco as medicinal, while others saw it as toxic and habit-forming.

The tobacco industry grew throughout the 1700s, and exploded in 1880 when a machine was first patented to mass-produce paper cigarettes. From then on, cigarettes became much easier to produce, and this saw in the dawn of the major tobacco corporations.

Tobacco was first used as an insecticide in 1763.

In 1828, Wilhelm Heinrich Posselt, a doctor, and Karl Ludwig Reinmann, a chemist, both from Germany, and identified it as a poison.

By the end of the 19th century, lawmakers had begun to realize the harmful effects of nicotine. Laws were passed banning stores from selling nicotine to minors in 26 states by the year 1890.

It was not until 1964 that the Surgeon General of the U.S. published a study linking smoking with heart disease and lung cancer. The U.S. Food and Drug Administration (FDA) took until 1994 to officially recognize nicotine as a drug that produced dependency.

Even after this landmark recognition, the FDA was not granted control over nicotine regulations by the Supreme Court until June 22nd, 2009. On this day, the Family Smoking Prevention and Tobacco Control Act gave the FDA the power to regulate the production and advertisement of tobacco products.

Nicotine has a range of effects on the body.

Nicotine is both a sedative and a stimulant.

When a body is exposed to nicotine, the individual experiences a “kick.” This is partly caused by nicotine stimulating the adrenal glands, which results in the release of adrenaline.

This surge of adrenaline stimulates the body. There is an immediate release of glucose, as well as an increase in heart rate, breathing activity, and blood pressure.

Indirectly, nicotine causes the release of dopamine in the pleasure and motivation areas of the brain. A similar effect occurs when people take heroin or cocaine. The drug user experiences a pleasurable sensation.

Dopamine is a brain chemical that affects emotions, movements, and sensations of pleasure and pain. If your brain dopamine levels rise, the feeling of contentment is higher.

Depending on the dose of nicotine taken and the individual’s nervous system arousal, nicotine can also act as a sedative.

When humans, mammals, and most other types of animals are exposed to nicotine, it increases their heart rate, heart muscle oxygen consumption rate, and heart stroke volume. These are known as pharmacologic effects.

Consuming nicotine is also linked to raised alertness, euphoria, and a sensation of being relaxed.

Studies have shown that nicotine appears to improve memory and concentration. It is thought that this is due to an increase in acetylcholine and norepinephrine. Norepinephrine also increases the sensation of wakefulness, or arousal.

Nicotine results in increased levels of beta-endorphin, which reduces anxiety.

People who regularly consume nicotine and then suddenly stop experience withdrawal symptoms, which may include:

The American Heart Association says that nicotine consumed from smoking tobacco is one of the hardest substances to quit. It is considered to be at least as hard as quitting heroin.

A showed that reducing the amount of nicotine in cigarettes also brings down their level of addictiveness.

A study carried out at the National Institute on Drug Abuse found that .

Nicotine causes a wide range of side effects in most organs and systems.

The circulation of the blood can be affected in the following ways:

Side effects in the brain include:

In the gastrointestinal system, nicotine can have the following effects:

The heart can experience the following after taking in nicotine:

If a woman smokes while pregnant, the following risks are likely in the development of the child:

Humans get their nicotine “fix” primarily through smoking tobacco, but can also obtain it by snorting snuff, chewing tobacco, or taking nicotine replacement therapies (NRTs), such as nicotine gum, lozenges, patches, and inhalators.

By far, the most popular way of consuming nicotine is by smoking cigarettes. Worldwide, over one billion people are regular tobacco smokers, according to the World Health Organization (WHO).

Approximately of adult males and 13.6 percent of adult females in the U.S. are smokers. Smoking leads to over 480,000 deaths in the country per year, and over 16 million people in the U.S. are currently living with a disease caused by smoking.

More people die as a result of smoking than all deaths due to HIV, vehicle accidents, murder, suicide, alcohol abuse, and drug abuse combined.

Are e-cigarettes and vaporizers safe?

In recent years, liquid nicotine has been touted as a less risky replacement for smoking cigarettes. This can be delivered to the system in an electronic cigarette or vaporizer. These are known as electronic nicotine delivery systems (ENDS).

These battery-operated ‘e-cigs’ and ‘vapes’ atomize the liquid nicotine by applying heat but without the harmful, oxidative effects of burning. Liquids are available in a range of strengths and flavors.

Current that using liquid nicotine is a safer alternative to inhaling tobacco smoke, as nicotine in itself is , or cancer-causing, by the International Agency for Research on Cancer.

It may also help people that are trying to quit smoking mimic some of the addictive behaviors of cigarette use, such as raising the hand to the mouth or seeing smoke inhaled, that other types of nicotine replacement therapy (NRT) cannot imitate. Liquid nicotine can help replicate these behaviors without the harmful effects of tobacco use.

Any form of nicotine is highly addictive, so e-cigarettes and vaporizers remain unsuitable for young people and those who do not already smoke. Liquid nicotine can act as a gateway to cigarettes for those not already regularly taking in nicotine.

The use of e-cigarettes rose from among high-school students and from 0.6 percent to 5.3 percent in middle-school students between 2011 and 2015, with 81 percent of young e-cigarette users putting their use of the products down to the wide availability of flavors.

There are also other chemicals present in e-cigarette and vaporizer liquid that could be harmful, and these chemicals will be different in various brands, products, devices, and uses. Some products that are available online may also contain dangerous concentrations of nicotine.

While nicotine does not itself cause cancer, some of the other substances in liquid nicotine may well contribute to it. For example, a flavoring called diacetyl, used in some e-liquids, is also seen in workers at a factory that produces microwaveable popcorn, known as “popcorn lung.”

These products have been regulated by the FDA since 2016 and, as of 2018, must bear the nicotine addictiveness warning on packaging and marketing materials. However, as a relatively new technology, the full effects of liquid nicotine are not known, and caution is advised.

The treatment of nicotine dependency is known as smoking cessation therapy. It aims to reduce the urges to consume nicotine as well as the associated risks and health problems.

Nicotine replacement therapy (NRT): This is available in skin patches, nasal sprays, inhalers, and solutions that can be rubbed into the gums. These replace part of the nicotine normally supplemented by smoking cigarettes and reduce the severity of urges and cravings.

While NRT does not completely prevent withdrawal symptoms, a advises that it can double the chances of quitting smoking long-term.

No single NRT product has been demonstrated as more effective than another.

A range of NRT products are available for purchase online, including skin patches, lozenges, and gum.

Bupropion: This was used in the first instance as anti-depressant medication. However, it was then found to be useful in reducing nicotine cravings. It has a similar rate of effectiveness to NRT.

The way it works is not yet understood. It can cause insomnia as a side effect in 30 to 40 percent of patients. Bupropion carries an FDA “black-box” warning, as some anti-depressant drugs have been linked to suicidal thoughts and behavior.

Varenicline, sold as Chantix: This medication partially triggers a certain receptor in the brain that usually responds only to nicotine. It then blocks the receptor, preventing nicotine from doing the same. This reduces the urges a person experiences while quitting smoking. It may also reduce the satisfaction an individual gets from smoking, which in turn decreases the risk of a relapse.

It can cause mostly mild nausea in around 30 percent of people who pursue this course of treatment, but varenicline is normally well tolerated. It has also demonstrated a stronger effect on nicotine dependency than bupropion.

Treatments that are used when these first-line treatments are not successful, as they are more likely to cause severe side effects, include:

Reviews have indicated that NRT and other medications are most effective when supported by counselling and psychiatric care.

This can range from counseling as simple as advice from a primary care physician to stop smoking to individual, telephone, and group therapy.

These interventions can help people with nicotine dependency overcome the psychological aspects of withdrawal, such as low mood and irritability, while the medications help tackle the chemical side of dependency.

Research is ongoing into the best ways to manage nicotine dependency, and news regularly comes to light about treatments and tobacco industry regulations.

A new study into varenicline, published in the American Journal of Respiratory and Critical Care Medicine, has shown that it may increase the risk of a cardiac event, including stroke, heart attack, angina, or an irregular heartbeat.

Meanwhile, recent research on mice demonstrated that . Mice who were exercising on a wheel after 14 days of being treated with nicotine showed significantly fewer withdrawal symptoms than those who were not.

Researchers writing in the European Respiratory Journalfound that tomatoes could help repair lung damage caused by smoking and slow the decline in respiratory health that normally follows a long period of inhaling cigarette smoke.